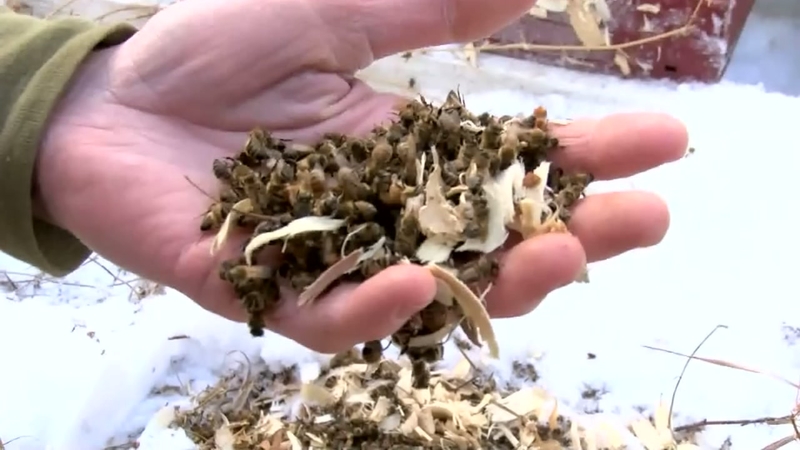 SIOUX CITY, Iowa -- A business owner said vandals caused at least $50,000 in damage to his honey business after they destroyed 50 hives.

Justin Engelhardt runs Wild Hill Honey with his wife in Sioux City, and said he was shocked by what he found during a routine checkup in the dead of winter, KCAU reports.

"Some vandals came up and they destroyed all of our beehives and most of our beekeeping equipment," Engelhardt said. "They tried to batter their way into our shed but eventually they piled some stuff up and went in through the window."

Engelhardt estimates that more than a half a million bees were killed, putting him and his wife in an uncertain spot for the new year.

"The bees will cluster together on the frame to stay warm and you can see these guys died in their cluster," Engelhardt said.

But the loss will affect more than just the Engelhardts. The honey maker said our ecosystem relies on bees like those killed, and when their hives are deliberately destroyed, the system becomes even more fragile.

"They've already got plenty of problems without vandals destroying the hives as well," he said.

Police said a security camera may have captured images of the suspects.