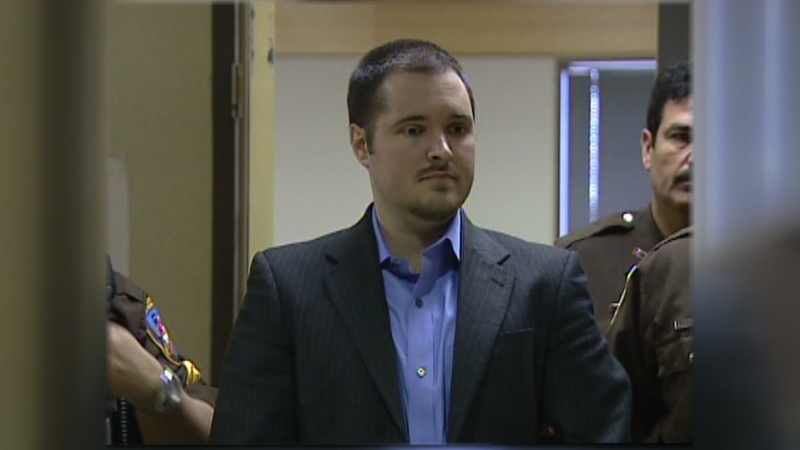 Man set to die for deaths of mom, brother has clemency recommended

HOUSTON, Texas (KTRK) -- A parole board is recommending clemency for a Sugar Land man sentenced to die for the murders of two family members.

The Texas Board of Pardons and Paroles said clemency was appropriate in Bart Whitaker's case, but his ultimate fate will be up to Gov. Greg Abbott, who will decide if he will face the death chamber or spend the rest of his life in prison.

Whitaker was convicted nearly a decade ago for the deaths of his mother, Patricia, and his brother, Kevin.

"We knew that the odds are that we would lose this, but honestly, I never contemplated a unanimous decision," said Bart's father Kent Whitaker after the hearing in Austin.

The elder Whitaker seemed optimistic for Bart's future telling reporters, "This is Texas. This doesn't happen."

Prosecutor Fred Felcman was disappointed by the parole board's recommendation.

"I guess the 12 jurors' opinion means nothing to the parole board," Felcman said.

He tells Eyewitness News that Patricia Whitaker's family wants her son to be put to death. He says Patricia and Kevin shouldn't be forgotten and that the governor would be doing that by commuting this sentence.

"If he goes ahead and goes along with this then it's a total injustice, absolute injustice on this. That he will ignore 12 people, the jury verdict, and he will ignore the victims," said Felcman.

He worries not only about the sentence being commuted but about the potential for Whitaker's parole.

The man who served as the jury foreman in the 2008 trial tells Eyewitness News he is convinced Whitaker would commit or arrange another murder if he were ever to get out of prison. He described Whitaker as "evil."

The parole board's move so disturbed the former homicide detective who handled the case for the Sugar Land police department that he contacted Eyewitness News to share his opinion.

"Bart Whitaker continues to manipulate others, including his father and the Texas Board of Pardons and Paroles, just as he manipulated at least six others to contemplate and take actions on several failed occasions to kill the rest of the Whitaker family before Tricia (Bartlett) Whitaker and Kevin Whitaker were assassinated at approximately 8:15 pm Wednesday, December 10, 2003. I can only hope that Governor Abbott rejects the recommendation of the Board and allows the execution of Bart Whitaker this Thursday evening so that the justice Tricia, Kevin, the Bartlett family and the communities of Sugar Land and Fort Bend County deserve is served."

As things stand currently, Whitaker is scheduled for execution on Thursday.

Investigators said Bart Whitaker hatched a plan to kill his entire family in an effort to receive an inheritance of more than $1 million. Bart was sentenced to death.

In recent years, his father has asked the prison board to spare his son's life, eventually filing a request to commute his son's death sentence.

Kent Whitaker told Eyewitness News last month that his son is a changed man and that he has completed a Bachelor's degree behind bars.

Father of death row inmate pleads for mercy ahead of Feb. execution

To read the entirety of the request for Whitaker's death sentence to be commuted, click here.