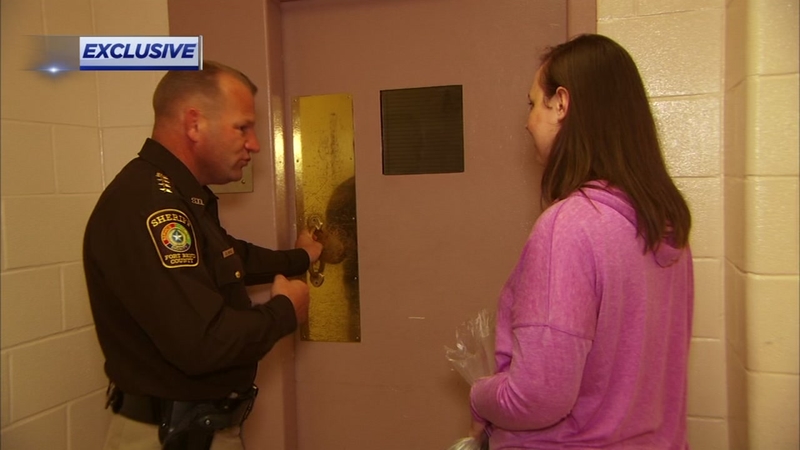 HOUSTON (KTRK) -- She was sentenced to five years in prison for her role in a string of bank robberies with her father and older brother. Now, though, Abigail Catt has been granted parole and released from jail, after serving two years and 10 months behind bars.

"It's not really hit me all yet," Catt told us upon her release earlier this week.

Investigators said "Abby" Catt was the getaway driver, recruited along with her brother Hayden, by her father Scott Catt. In all, authorities say the family committed seven bank robberies across Texas and Oregon in 2012 during which they ripped off tens of thousands of dollars.

During her time in the Fort Bend County Jail, Abby learned to sew and earned her GED. She says she plans now to enroll in community college and become a nurse.

"I'd just like to say thank you to everybody, for all the love and support. I probably, don't know how things would have turned out without everybody," she said.

While in jail she met Susie Gregory. "It was so wrong. Something needed to be done," Gregory said in reference to Abigail Catt's past.

Gregory was a volunteer at the jail. She opened her heart and home to Catt, giving her a place to live now after her release from jail. "It's just going to be a step at a time. Most of it is up to Abby," said Gregory.

You can see the video of our story by clicking above, and for more still you can view a story soon to be aired on ABC's "20/20".