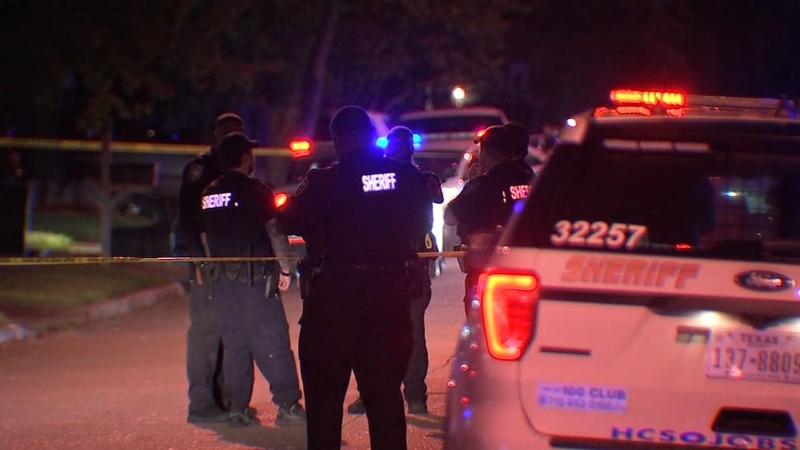 It happened just before 11 p.m. in the 10300 block of Autumn Meadow Lane near Fallbrook Drive.

People were gathered at the home when someone pulled out a gun and began firing, according to Harris County sheriff's investigators.

One person was hit multiple times as people scattered.

"There were kids running, knocking over fences, just trying to get away from it," an neighbor told ABC13. "You could hear the gunshots and people running. You could see the kid rolling on the ground."

The victim was taken by helicopter to Memorial Hermann Hospital and was last listed in critical condition.

A person was detained by deputies in connection with the shooting.