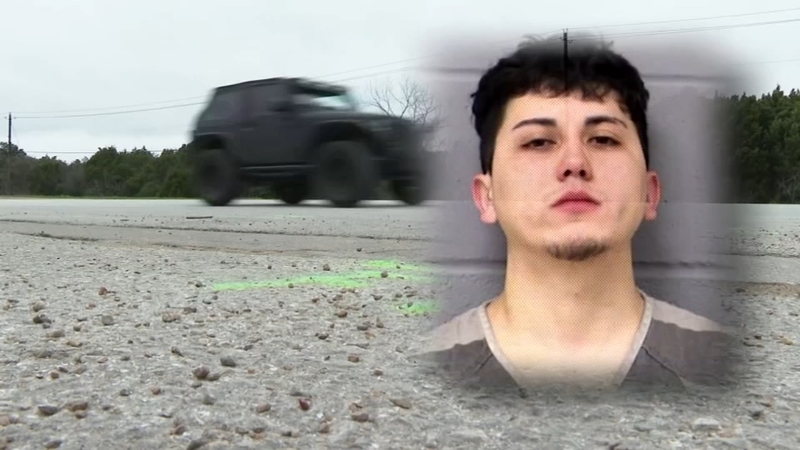 AUSTIN, Texas -- An Austin man is facing charges after he killed a man while reportedly driving drunk on Saturday.

Police say 24-year-old Paul Garcia Jr. struck a pedestrian who was trying to cross the street with a shopping cart.

The pedestrian, who was identified as 55-year-old Lee Martin Cagle, was hit so hard that his body went through the driver's windshield and landed inside the vehicle on the passenger seat.

Garcia reportedly continued driving until surveillance video shows him getting out of his car and stumbling into a beer garden a few minutes later.

He left his car and Cagle's body behind, police said.

"He was in tears. He was distraught. In a panic state," said co-owner of the Beer Garden, David Pearce. "You could see he had tears in his eyes and he looked like he was running from something."

Garcia was arrested shortly after by Austin Police Department. Records show this is his second DWI.

"There are more pedestrians around here than you would realize," said Shelly Weiser, the owner of nearby coffee shop Hive. "I wasn't surprised, it was very sad. But just sort of, you know, par for the course, something that's just not surprising for this area anymore."

Weiser believes as more bars pop up in the area, it'll lead to more drinking and driving. She and other business owners hope this will serve as a lesson to other drivers to be safe behind the wheel.