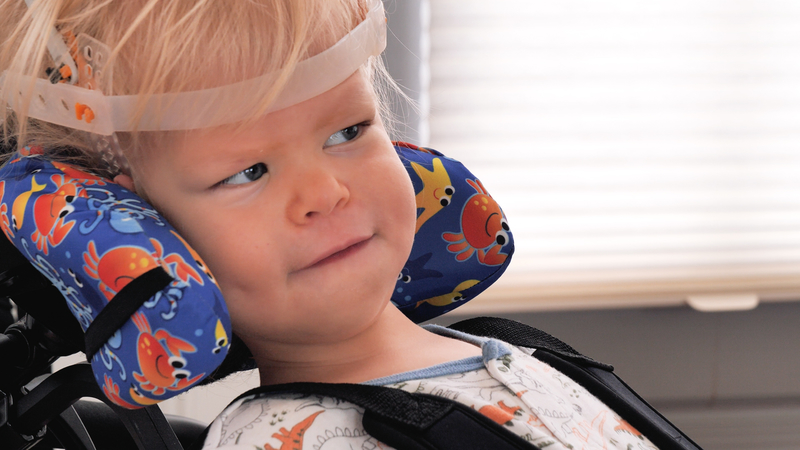 When he was just six months old, his parents took him to Texas Children's Hospital because he was refusing to eat and couldn't hold his head up. Doctors ran a series of tests and eventually delivered devastating news to his parents. Austin was suffering from a form of muscular dystrophy known as L-CMD. The disease is so rare, there are only fifty cases of children with L-CMD reported in medical journals.

"Its a muscle-wasting disease, so whatever strength Austin had gained or would gain, he would eventually lose it," said Austin's mom, Hannah Lowe-Corman. "There's really no way of knowing the full progression because there are so few children. Some children die in infancy, some live into their teenage years, and some even beyond. They told us that there's no treatment and no cures, and just to keep his as healthy and as strong as possible for as long as possible."

Now almost two years old, Austin cannot crawl or sit and is fed through a gastronomy tube. His parents began to connect with other parents of children with rare diseases and decided to start a nonprofit to raise funds for research of L-CMD. They started a campaign earlier this year called '2 Before 2, with a goal of raising $2 million before Austin's second birthday on August 27th. Within the first month, they raised half a million dollars. They hit the $1 million mark in July.

"The response has been fantastic and it is overwhelming," said Mark Corman, Austin's dad.

The funds raised will further a gene therapy project at the UMass Medical School and the Instituto de Salud Carlos III in Madrid, Spain.

"We are hopeful that he will live as long as possible and will make some impact on the world. Obviously he's made an impact on our world," said Hannah. "We have learned so much and grown so much from him. The ultimate goal for the foundation would be to create a therapy and eventually a cure for L-CMD."