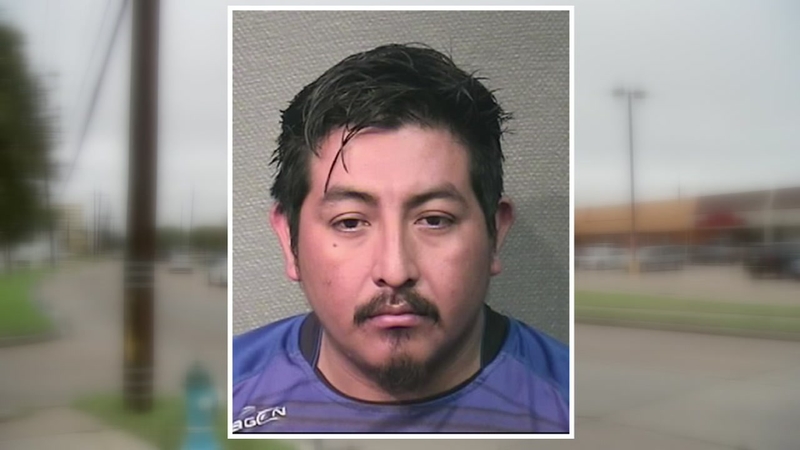 HOUSTON, Texas (KTRK) -- A Houston man faces charges after authorities say he is suspected in the attempted kidnapping of a teen on Oct. 8.

Oscar Santay, 30, has been charged with attempted kidnapping and terroristic threat, according to court documents.

Court documents say the 13-year-old girl was outside of the library at the corner of Clarewood and Fondren when Santay approached her from behind and asked her if she had a telephone. The suspect then reportedly grabbed her by the body.

Santay attempted to drag the girl away from the library and had threatened to kill her if she screamed, authorities say. The girl managed to escape Santay's grip and sought help.

Santay's father is standing by him.

"I'm surprised, we are humble people, we don't have a criminal record, we work hard, we are poor and we don't think he did that," said Cruz Tuja.

Tuja says his son had been drinking the night before the incident and was still drunk the morning it happened.

"How is he going to take her, he was drunk and he doesn't even have a car, he walks," Tuja said..

Investigators say they would like to speak to anyone who may have had similar encounters with Santay and ask that anyone with information contact HPD Homicide Division at 713-308-3600.
Report a correction or typo
Related topics:
houstonattempted abductionterror threatkidnappingkidnapteen
Copyright © 2022 KTRK-TV. All Rights Reserved.
TOP STORIES
Trial continues for man charged in Spring couple's 2018 murder
Houston gets extra 'rose' after paying $240k to bring Bachelor to town
Rain chances continue into the work week
'I fought': Trevor Reed describes his survival in a Russian prison
'Don't interact:' Driver in deadly road rage shooting speaks out
Biden: Monkeypox threat doesn't rise to level of COVID-19
Pfizer: COVID vaccine for kids 6 months to 5 years old 80% effective
Show More
Something strange is happening with our universe: NASA
Texas woman sought in fatal shooting of pro cyclist: US Marshals
Man's body found 6 miles from separate shooting call in NW Houston
Deputy hit while working accident during Jeep weekend, sheriff says
Alcohol and storms contributed to deadly crash in Asiatown, HPD says
More TOP STORIES News