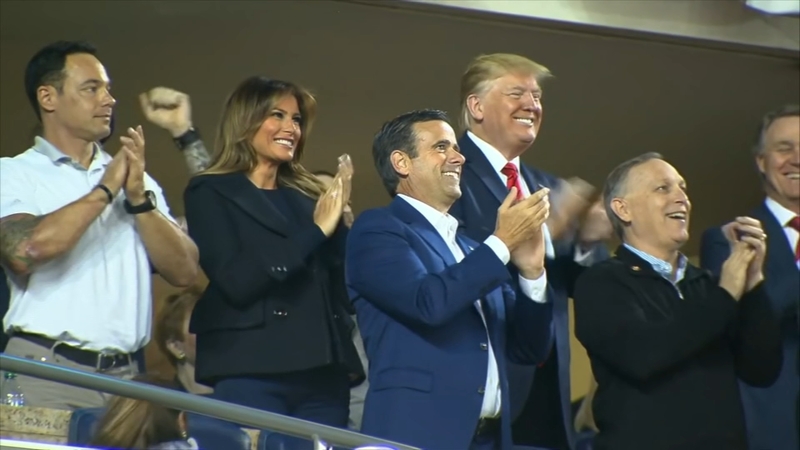 WASHINGTON -- President Donald Trump was met with loud, sustained boos and chants of "Lock him up!" from fans at Nationals Park when he was shown on the in-stadium video screen after the third inning of Game 5.


The boos ended only after the video screen cut to a shot of U.S. service members waving to the crowd and then showed a message thanking the military. President Trump attended the game with five wounded veterans.

My wife sends along this video of crowd chanting “lock him up” as POTUS introduced at World Series. pic.twitter.com/zHJETTclPE

Then, as Nationals starter Joe Ross took the mound to warm up for the fourth inning, fans started chanting, "Lock him up!" in an apparent reference to ongoing impeachment proceedings against the president. Pro-Trump crowds have frequently chanted "Lock her up!" about Hillary Clinton at the president's campaign rallies.

-- The Associated Press contributed to this report.