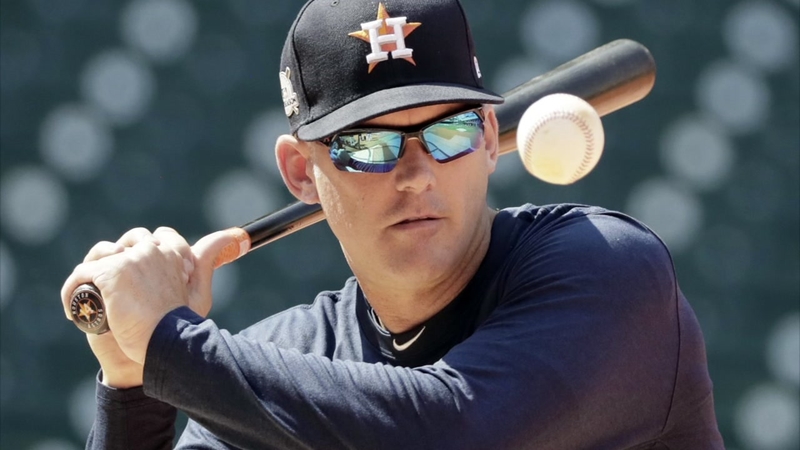 Andrew Jay Hinch's story begins in Nashua, Iowa in 1974, where he was born and raised until his family moved to Oklahoma at age 8.

A.J. played high school baseball at Midwest City High School, where he was named Gatorade Player of the Year in 1992.

Hinch graduated and was drafted in the second round of Major League Baseball's draft, but decided to attend Stanford University, where he played.

After competing with Team USA, Hinch won a bronze medal in the 1996 Olympics.

Hinch was drafted by the Oakland Athletics, and played for the A's, the Kansas City Royals, Detroit Tigers, and Philadelphia Phillies.

Hinch became manager of the Arizona Diamondbacks in 2009, but was fired the next year.

He came to Houston as manager of the Astros in 2014.

Hinch led the Astros to their first American League pennant in 2017.