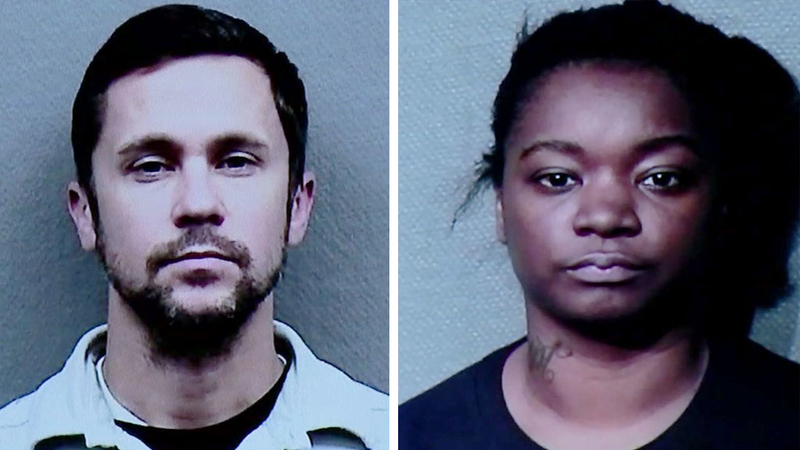 HOUSTON, Texas (KTRK) -- Two suspects in separate deadly hit and run cases in Houston are now behind bars, including a 32-year-old mother of four.

"She left Mr. Lauderdale there to die in a ditch with less care than you would give an animal you hit on the roadway," Ogg said.

Lauderdale was riding his bike in the 900 block of Tidwell when he was struck from behind, according to Houston police.

The woman who allegedly hit Lauderdale left him to die all alone. Investigators still do not know how long he was in the ditch before he was found around 3 a.m. on April 27.

The fact the suspect is a mother might seem shocking, the district attorney said.

"We always think it's the bad guys or somebody that's not like us," Ogg said.

In the second case, a head-on wreck in the 13300 block of Westheimer on April 28 catapulted the motorcyclist to his death.

An anonymous tip in that case led police to the suspect and his wrecked vehicle.

Ogg urged drivers to do the right thing if they should ever find themselves in a situation where they hit someone.

"It's so much better if you'll just stay at the scene and try to help the person," Ogg said. "Things will go better for you in our justice system if you do."

Drivers who leave a victim without rendering aid could face between two and 20 years in prison.