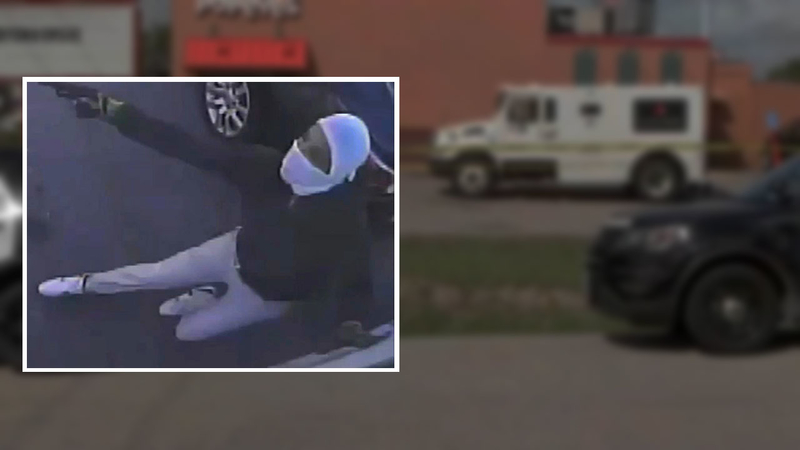 HOUSTON, Texas (KTRK) -- An armored truck guard has died after he was shot in the face outside of a Popeyes Thursday afternoon.

It happened in the 5000 block of Antoine Drive near Pinemont around 1:45 p.m., according to police.

The FBI announced Friday afternoon the increase in reward for information related to the deadly daytime ambush outside the northwest Houston restaurant is now $55,000.

Our homicide detectives & PIO are en route to the fatal shooting of an armored car security guard at 5003 Antoine near Pinemont. The guard was shot during a robbery about 1:45 pm. Sadly, he was pronounced deceased at the hospital. More info to be released at the scene. #hounews

The photos are from surveillance cameras outside, moments before the armored truck guard, Francis Hazzard, 68, was fatally shot.

"It wasn't necessary. If you want to rob somebody, then rob somebody, but don't rob somebody of their life. Don't just take their life, for no reason. They didn't have to kill him," Hazzard's neighbor, Glynda Williams, told Eyewitness News.

An ambush left an armored truck driver with a gunshot wound in the face during a money transfer.

Hazzard was in the process of a money transfer outside the restaurant, according to police. In a struggle for the black cash bag Hazzard was carrying, one robber fired his gun, hitting the victim in the neck, police say. He died at the hospital.

After the violent robbery, the gunmen took off in a tan SUV, which was later recovered. Investigators believe they switched into a black Chevrolet Impala.

Loomis has contributed to the $55,000 reward being offered for information that leads to charges and arrests. No tip is too small, says HPD Sgt. David Helms.

"Anything can help. They are a threat to the citizens of Houston," said Helms.