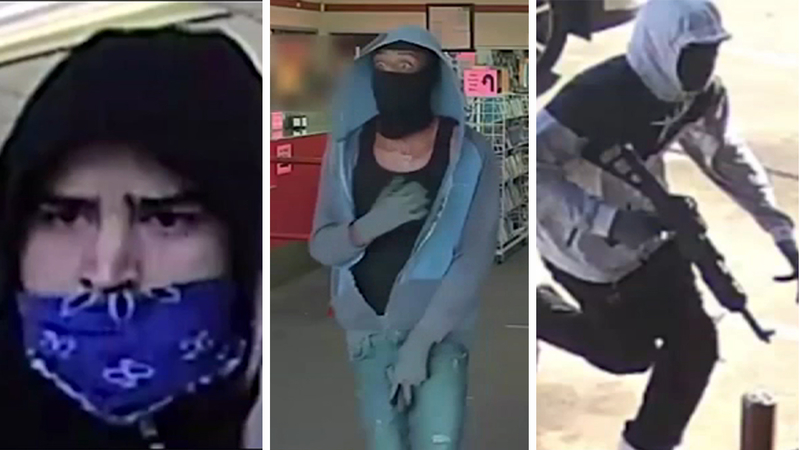 HPD's Robbery Division released a video Monday from an Aug. 29 incident where three male suspects pulled up to a pawnshop located in the 8000 block of the North Freeway in Houston.

Video shows one of the suspects exit the passenger door of a gray Jeep Grand Cherokee and run into the business armed with a handgun.

The other two suspects then exited the vehicle and were about to follow.

Press play to watch video from HPD that shows surveillance video of the robbery suspect committing the crime.

However, when the first armed suspect ran into the pawnshop, he saw a security guard inside and quickly turned around while signaling to the other suspects to also turn around.

All three suspects then got back in the Jeep and drove off.

Police believe the three suspects, and possibly more individuals, are also responsible for a pawnshop robbery on Sept. 16 in the 600 block of Tidwell, and another on Nov. 30 in the 7000 block of the North Freeway.

In both robberies, the suspects were armed with handguns, rifles and/or shotguns, and forced the employees to the ground.

Police say they got away with jewelry in both robberies and also stole numerous firearms during the September robbery.