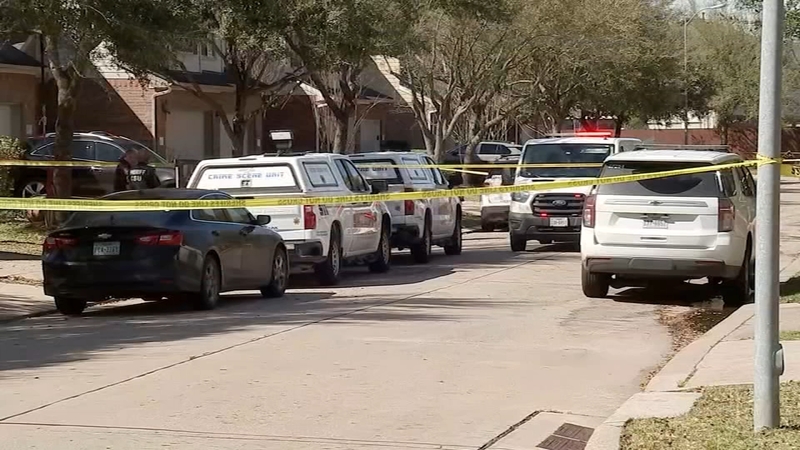 HARRIS COUNTY, Texas (KTRK) -- A man and woman were found dead Tuesday morning in what Harris County deputies said they believe to be a murder-suicide.

Deputies were called by the woman's family for a welfare check at a home in the 5300 block of Summit Hollow Drive at about 10:58 a.m., according to Sheriff Ed Gonzalez.

At the scene, deputies saw a purse and shopping bags still in a car. When they went into the home, deputies found the bodies of a man and a woman with apparent gunshot wounds.

According to authorities, the 68-year-old man found had been a sergeant with the sheriff's office. He retired about 10 years ago.

The 59-year-old woman found was a detention officer and had retired four to five years ago.

People who live along Summit Hollow Drive described the neighborhood as nice and quiet, but a disturbing sound shattered the silence Sunday night.

"I heard a really loud woman's scream. It caused me to stop and pause to listen to see if I heard anything else. I didn't hear anything else, but it was concerning. You kind of shrug it off and think, 'Maybe I'm hearing things?'" said neighbor Donna Craig.

Another neighbor said they noticed windows in the front of the home had also been open since Sunday, which was unusual.

The man and woman were said to be in a dating relationship, but it's unclear if they were married. Both of them lived at the home, authorities said.

Relatives are asking for privacy as they deal with the deaths of their loved ones.

Authorities have not released the man and woman's names or said which person was behind the shooting.

@HCSOTexas units responded to a welfare check at a residence located at the 5300 blk of Summit Hollow Drive. Units arrived on scene and discovered an adult male and female deceased. Preliminary info appears to be a murder-suicide. Both are believed to be retired members of 1/2 pic.twitter.com/g1UGUV1ZaO