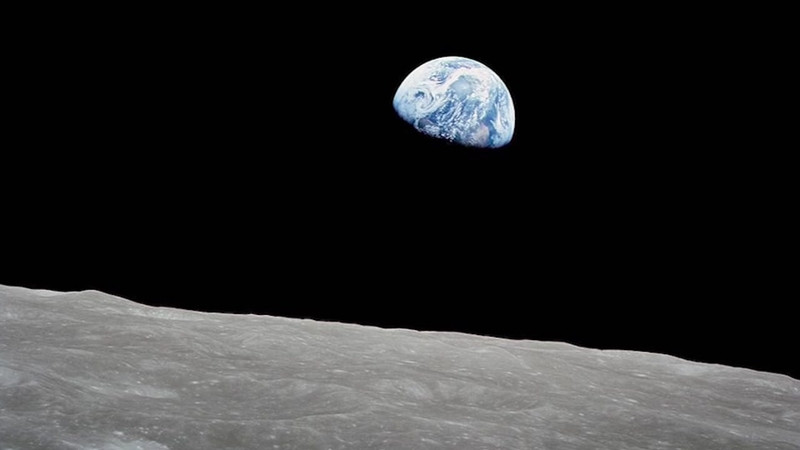 On Christmas Eve 50 years ago, one-third of the world's population listened for the first time to a message from outer space.

A reading from the Bible's book of Genesis was delivered by astronauts aboard the first manned mission to the moon.

"Even people that have no sense of religious faith understood that this was something deeply transformative," said Jeffrey Kluger, author of "Apollo 8."

Kluger was 14 years old that night and would go on to author a book with one of the astronauts on board.

"Their voices, which were distorted across a quarter of a million miles of space, brought home in a very vivid way the distance they had traveled, and the improbability of it," Kluger said.

Apollo 8 was a giant leap forward in the space race, cobbled together with a deadline to make history before the end of the year.

"The Russians may well have beaten us to it," Kluger said. "And the decision was made, we're going to give ourselves 16 weeks and figure out how to get ourselves to the moon."

Apollo 8 launched on deadline, but the mission remains one of the riskiest and most dangerous in the history of America's space program. Kluger says NASA even warned one of the astronauts' wives that her husband had a 50 percent chance of surviving.

Luckily the crew returned home safely and brought with them an image that would become one of the most recognizable in history, popularly named "Earthrise."

On Christmas Eve of that tumultuous year, the Apollo 8 crew chose to read the world a story of divine creation from thousands of kilometers above.