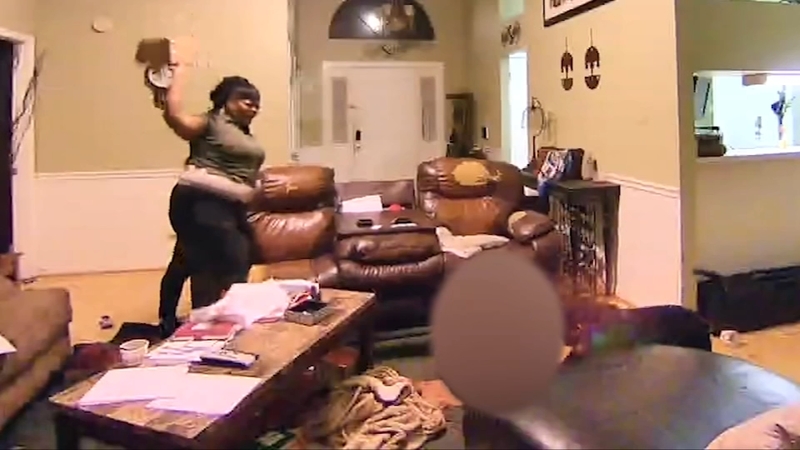 Dog attack victims recovering after pet turns on them

The incident was captured on the victim's home surveillance video. Family member David Jennings shared it with Eyewitness News.

"I really just wanted to throw up," Jennings recalled after watching the video. "Very nauseous. It was just so hard to watch."

Officers say the women didn't own the dog, but the animal was known to them. While the video is hard to watch, Jennings said he's even more mad, thinking this could've been prevented.

Galveston County Animal Services said it received a warning from California about a dog deemed dangerous coming into the area.

Galveston County employees attempted to find the owner, but said he wasn't living at the address he provided.

ABC13 contacted the agency in California that sent the warning. The director wouldn't provide details over the phone.

She told Eyewitness News to file a records request, which could take up to ten days.

On Wednesday, Pearland Police said when officers arrived, they found the women hiding in a room and the dog covered in blood. The dog charged at officers, which forced them to open fire, killing the animal.

They're investigating, but no one has been charged. Jennings said his sister-in-law agreed to watch a friend's dog, unaware of the danger.

"If you are a dog owner, and you know your dog has problems, don't send it someone else's home," Jennings said.

Jennings said his sister-in-law isn't bitter. Instead, she's grateful her friend risked her own life and pulled her to safety.