'I was robbed of my daughter': SD news anchor reports on her own daughter's overdose death to raise awareness about opioid crisis 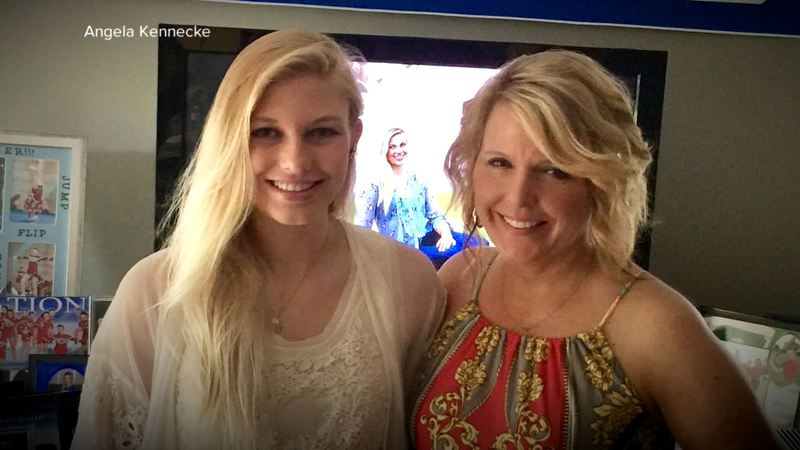 News anchor reports on her own daughter's overdose death

SIOUX FALLS, South Dakota -- A South Dakota news anchor is going public with the story of her own daughter's overdose death to reduce the stigma surrounding substance abuse.

Angela Kennecke, an anchor at KELO-TV in Sioux Falls, lost her daughter Emily to a fentanyl overdose on May 16. At the time of her death, Emily, a 21-year-old woman, had what would be considered six times a therapeutic dose of fentanyl for a large man in her system, an autopsy report found.

Kennecke wrote on KELO's website that she suspected her daughter was attracted to drug culture and knew something was "seriously wrong." The family was planning an intervention, and Emily was supposed to be checked into a treatment program just days after her death.

Kennecke remembered her daughter as "the most amazing kid in the world" who was intellectually and artistically gifted.

"As a mom, I have a hole in my heart that will always be there. It is never going to heal. I have other children that I love. I have a husband that I love. But nothing and nobody can replace the loss of my oldest child," Kennecke wrote.

"I was robbed of my daughter. I was simply robbed," she added.

After a leave of absence, Kennecke returned to the air this week to share her story with viewers and shed light on the opioid crisis.

I'm issuing a personal plea to end the stigma surrounding addiction and a call for action regarding the opioid crisis! pic.twitter.com/Ayxlf43UQm

"My only hope in the face of such devastating loss is that Emily's story, my family's personal tragedy, can be a catalyst for change," she said. "If 72,000 people were dying a year from any other cause, we would be uniting to end the suffering of so many families, so many mothers."