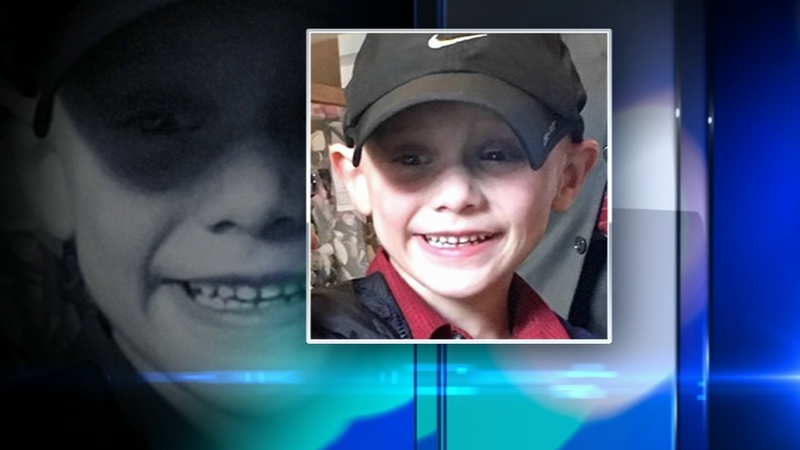 CRYSTAL LAKE, Illinois -- The mother of a missing Illinois boy, Andrew "AJ" Freund, is expected to appear in court Tuesday, as the search her 5-year-old son continues.

Joann Cunningham's lawyer said the hearing will decide if Cunningham can keep her younger son, Parker, in her care or if he must go into protective custody with DCFS.

TIMELINE: What we know about the search for AJ Freund
EMBED More News Videos

TIMELINE: Here's what we know so far about the search for Andrew "AJ" Freund, a missing 5-year-old boy from Crystal Lake.

Crystal Lake police continue their investigation into the disappearance of Cunningham's other son, AJ. AJ Freund has been missing since Wednesday.

Detectives are working with the FBI to try to find the missing 5-year-old. In addition to focusing their attention on the family home, they are also centered on who last saw or had contact with AJ.

HAVE YOU SEEN HIM? Police are asking for your help to find a missing 5-year-old boy.

Authorities have not publicly named any suspects in this case. Crystal Lake police said Monday that Cunningham is uncooperative with police. Her lawyer said she has shared everything she knows with authorities and he has advised her to keep quiet.

In a statement, her lawyer said: "Joann is particularly devastated by the Crystal Lake Police Department's press release that she refuses to cooperate and that as a result, she is a suspect. Ms. Cunningham was physically present with law enforcement beginning the moment CLPD responded to her 911 call Thursday morning, until after 5:00 p.m. Thursday evening. That day Ms. Cunningham spoke with numerous law enforcement officers, both local and federal, and answered every question she was posed to the best of her ability. While law enforcement was conducting a missing child investigation, Ms. Cunningham was eager to participate. When it became clear law enforcement was not conducting a missing child investigation, was not issuing an Amber Alert, had stopped searching for AJ, and considered her a suspect, we did advise her to stop all communications with law enforcement and she did so at our request. This is just us as her attorneys doing our job, not evidence of her wrongdoing, and is not itself suspicious in any way."

Police have responded to this home before. They have investigated allegations of abuse and neglect from 2015 to 2018. DCFS last had contact with the family in December of last year.

AJ has short blond hair and is approximately 3'5", weighing 70 pounds. He was last seen wearing a blue Mario sweatshirt and black sweatpants.