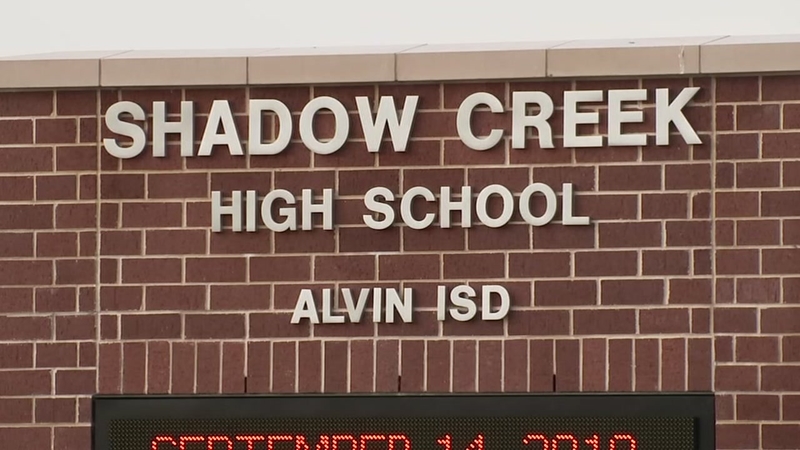 ALVIN, Texas (KTRK) -- A male student in the cosmetology program at Shadow Creek High School was sent to in-school suspension for wearing makeup on campus.

"He does makeup every day in those classes. He also wear make-up on his own so he felt he should have the right to wear it to school like any girl would," said Jasmin Richards, the male student's friend.

Jasmin says it was considered a violation of the student dress code in Alvin ISD, so she started a petition, along with her friend, that now has more than 1,800 signatures.

The petition backs her idea to change the student dress code that she says prevents males from wearing not just makeup, but earrings too.

"I'm really big on self-expression, especially when it comes to being equal. I felt if girls should be able to wear makeup, then a boy should have no problem doing the same thing if that's how he wants to express himself," said Richards.

Alvin ISD Assistant Superintendent Daniel Combs says he met with the students who started the petition and adds the district is forming a community advisory group which will allow everyone to have input, including members of the community, parents and Alvin ISD students.

But Combs cautions a decision on whether to change the dress code could take months to allow time for everyone to weigh in.

Jasmin says she didn't want to head to NYU next year without trying to leave a legacy at her high school and standing by her friend.

"I didn't want to just stand by and let this go on for generations after me. I want to leave with a more open and expressive type of environment if possible so I'd like to change that," she said.