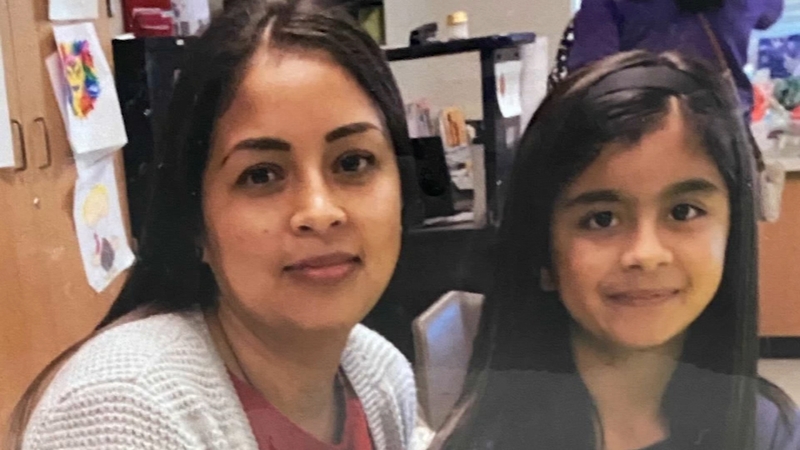 ALVIN, Texas (KTRK) -- It's been a difficult few weeks for the Urrea family in Alvin.

The family's matriarch, Aleja Urrea, went to Juarez to interview for a permanent visa in late February, but she hasn't been back since.

"We tried to get her visa, (but) she was denied," Aleja's husband, Ignacio, said.

Aleja, who is 36, was brought to the United States illegally from Mexico when she was 12 years old. She ultimately met her husband, a Florida native, and they've had five daughters together.

The Urrea family believes they did things by the books for years and were hopeful she'd receive her permanent visa when she left for Mexico in February. The family said she was told she left the United States in 2004, in addition to falsifying her status as a non-United States citizen at the same time.

Aleja has no recollection of either infraction taking place, but both are major violations when it comes to United States immigration law.

Jacob Monty, an immigration attorney in Houston, said governmental mistakes can happen as it relates to immigration cases, but says they're pretty rare.

"The instances of those occurring are really low now because they do have digital fingerprints," said Monty.

Based on what he knows, Monty believes a Urrea family reunion, in this case, is unlikely in the United States.

He said the family might have to reunite in Mexico if they want to stay together, as immigration laws haven't left room for interpretation since the late 1990s.

While Aleja said she has no recollection of returning to Mexico, when she would have been 18, she has hope she can come home.

"I'm sorry if I made a mistake. I was young," she said. "I just want a second chance of reviewing my case."