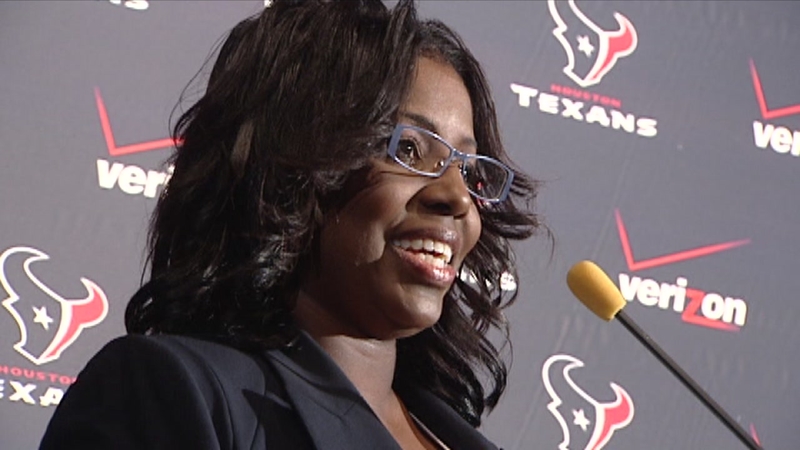 HOUSTON, Texas (KTRK) -- Houston Texans cheerleading coach Altovise "Alto" Gary has resigned, a spokesperson for the team confirms. Gary was named in recent lawsuits claiming cheerleaders weren't paid for all their work, and that cheerleaders were ridiculed for the way they looked.

No further comment on Gary's resignation has been offered from the team. There's no immediate word who will lead the current squad.

An attorney for the NFL has previously issued a statement: "The NFL agrees that cheerleaders, like all other employees of the clubs, have the right to work in a safe, positive and respectful environment, free from harassment and discrimination and without fear of retaliation."
The attorney also stated, "As you know, however, the league office does not employ cheerleaders or other club employees, nor does it dictate whether clubs have or do not have cheerleaders, nor any aspect of their cheerleader programs."

Earlier this summer, the Texans released a statement saying the organization is proud of the cheerleading program and hundreds of women have enjoyed their experience.