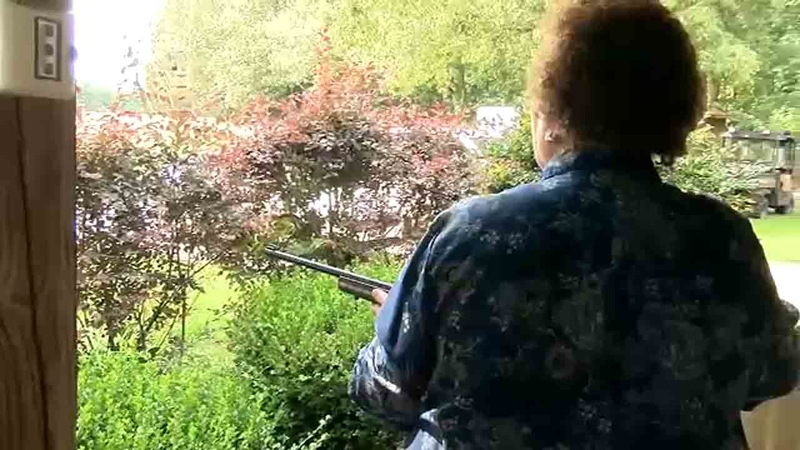 LIMESTONE COUNTY, Ala. -- A 75-year-old grandmother held a wanted man at bay with her rifle until police arrived at her home in Limestone County, Alabama.

According to WAAY-TV, that was the conversation between Marcia Black and Cameron Powers, a suspect who had been on the run after crashing a stolen car on E & L Lane near Black's home.

"I was just calm as could be. I knew what I was doing," Black said. "I was in control."

Black spoke with the wanted man from her front porch, rifle in hand.

"I wanted to keep him at a distance," she said. "I didn't intend to kill him. I just wanted him to think that I would shoot him."

But as the man inched closer to her house, Black says she reacted to keep the grandkids inside her home safe.

"He wouldn't get down, so I shot in the air, and he realized I meant business, so he got down on his knees," she said.

Deputies arrived at the home shortly after Black's granddaughter called 911.

"He feared the deputy more than he feared my rifle," Black said. "He jumped up and ran zig-zag right across the field."

Powers didn't make it far before he was detained and handcuffed.