The reason your AC servicing bill is going up 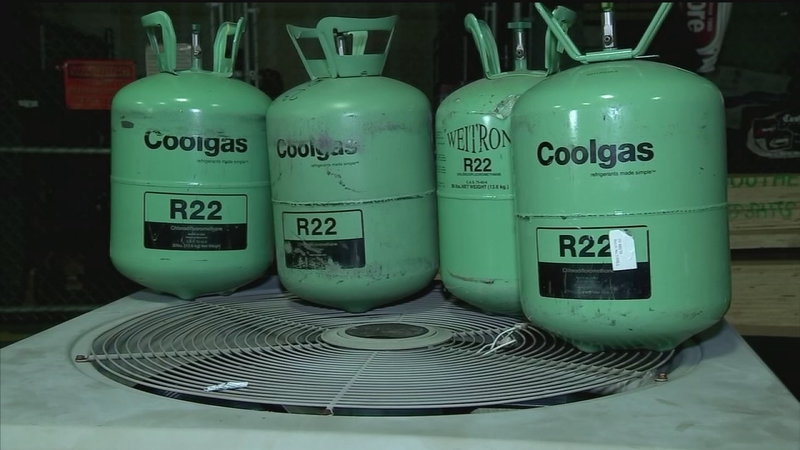 The reason your AC servicing bill is going up

HOUSTON (KTRK) -- If it has been a while since you last had your air conditioning serviced, you might have noticed that the bill is a lot higher than in years past.

Since 2010, the EPA has been phasing out the production of Freon here in the U.S., and now homeowners have to shell out a lot more cash to recharge their AC units.

"The price of R-22 has sky rocketed over the past five years. It's almost doubling yearly," said Aaron Nadrowski, HVAC operations manager for John Moore Heating and Air Conditioning Services.

Nadrowski says the lack of supply is to blame. Since 2010, the EPA has forced a reduction in producing the refrigerant because of its harmful effects on the environment. Now in 2015, production of R-22 has been cut nearly 90 percent. By 2020, 99.5 percent will be cut, meaning the only Freon available will be from suppliers selling recycled forms of R-22.

There is an alternative, but that is costly as well.

"We're getting to a point where you're better off replacing the whole system with 410-A refrigerant," Nadrowski said.

410-A, which is sold under the trademark name Puron, is an alternative refrigerant that's approved by the EPA. Right now, the average cost to fully recharge an 8 pound Puron system is roughly $500. An older 8 pound Freon system is nearly double and will cost $1,000 to refill. That cost will continue to increase.

While some technicians have explored the idea of converting older systems to accept 410-A refrigerants, many professionals advise against it.

"To convert a system from R-22 to 410, the indoor coil has to be flushed of all oils," Nadowski said.

But there's no guarantee everything will be 100 percent flushed out.

"The oil from the R-22 is a mineral oil. The 410 is a synthetic oil. If those oils mix, it can create a sludge that goes through your system. It's an acidic sludge that can really damage your system," Nadowski said.

Professionals are advising homeowners to replace the whole system when the time is right. If your older system is running well and efficiently, don't replace it now. But as time goes by and you're in need of repairs, keep in mind that Freon costs will keep increasing.

Experts say in order to install a new Puron system, you'll need to replace the indoor unit as well as the outdoor condenser. Depending on size, that could run between $7,000 to $18,000.