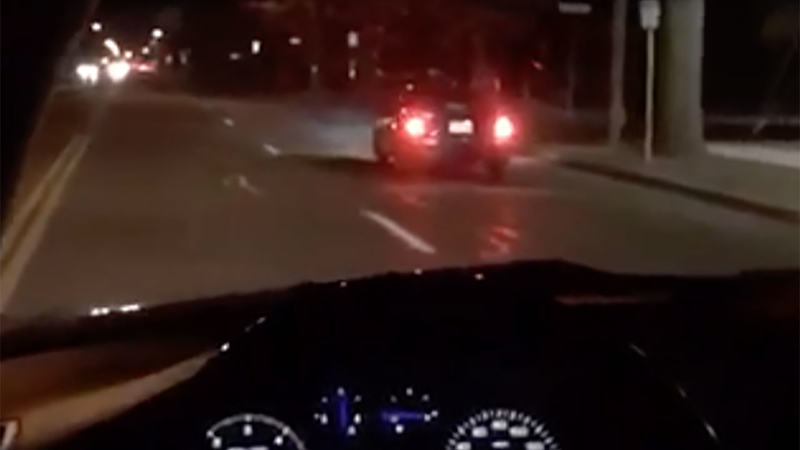 Couple chases down car sought in connection with child's abduction

Charlotte Moccia, of Springfield, was rescued unharmed after she was apparently abducted after getting off the school bus on Wednesday afternoon.

The girl was forced into a dark blue Honda at about 1:26 p.m., "not long after she got off her school bus," according to Massachusetts State Police.

Authorities issued an Amber Alert and released photos of Charlotte and the car they said was used in the abduction. At around 7:15 p.m., state police began receiving 911 calls from motorists on the Massachusetts Turnpike who had spotted the car near Brimfield, about half an hour from Springfield.

Watch police's efforts to rescue the 11-year-old and what techniques you can teach your kids to keep them safe.

Amanda Disley and Benny Correa were among those who spotted the car and called police. Disley shot video from inside the car while Correa followed the suspect, providing valuable information to police officers along the way.

"It's our city. We don't do that kind of stuff around here. That's not how we play, there's zero tolerance for that," Correa said of the abduction.

Officers eventually used a road construction site along the turnpike to funnel traffic into one lane, and then slow the traffic to a crawl. When they spotted the suspect's car, they stopped the vehicle and found Charlotte in the back seat, with the suspect in the driver's seat and a knife visible in the pocket of the door, police said.

One officer got Charlotte out of the car while two others removed the suspect at gunpoint.

"She's an amazing little girl," said State Police Lt. Bob Ackerman of Charlotte, who attends Hampden Charter School of Science. "I can't believe how strong she was dealing with this."

Charlotte was transported to the hospital for precautionary evaluation, but had no apparent injuries according to authorities.
The suspect, who was identified as 24-year-old Miguel Rodriguez was taken into custody.

"We're eternally grateful to the motorists that paid attention to the Amber Alert and called and reported seeing the vehicle," said Lt. Charles Murray. "There were a number of those calls and they made this rescue possible."

3 simple self-defense moves that could save your child's life

CHILD ABDUCTIONS: 8 ways to protect your child from predators