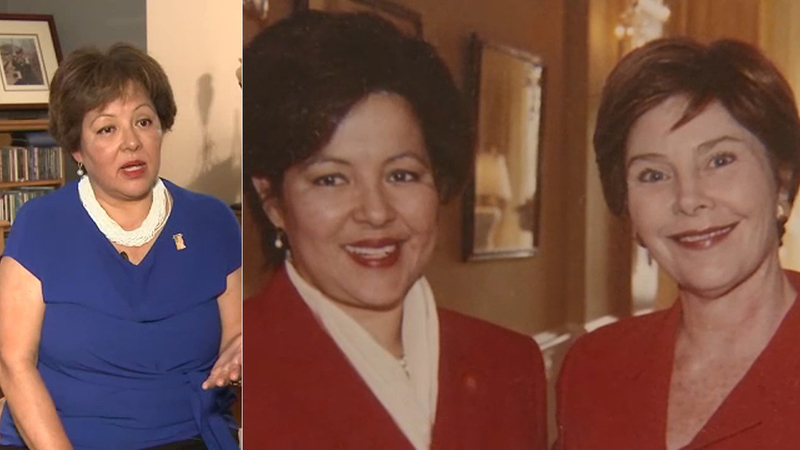 Rodriguez vividly remembers the events of that terrible day, starting with receiving the news and observing Mrs. Bush's calm but focused demeanor in the face of tragedy.

Before the attacks, the day was starting out on a positive note, she recalls. The first lady was excited about going to Capitol Hill to brief Sen. Ted Kennedy's committee on education.

"It started as such a beautiful innocent day, with anticipation and excitement and it ended on such a somber tone of sorrow and grief," Rodriguez said.

Even now, Rodriguez gets emotional when she sees images of the devastation of that day 20 years ago.

"I don't remember crying. I know I didn't cry on 9/11 but when I see the documentaries and images that's what brings it all back."

Mrs. Bush and her staff received the news as they were heading in a motorcade to the Capitol. While they were en route, a second plane hit the World Trade Center. When they got there, Sen. Kennedy escorted the first lady into his offices.

After another plane hit the Pentagon, they were told they could not return to the White House. Instead they were brought to a secure location, the headquarters for the Secret Service.

"I just remember the staffers crying. We were in shock, tremendous shock. Nobody could believe what was happening."

One of Noelia's most powerful memories in the days following the tragedy was a visit to Shanksville, Penn., where one of the four planes hijacked that day crashed into the ground after passengers banded together.

"I just felt so honored to be a part of that and I had this human connection with people who I never would have met otherwise."