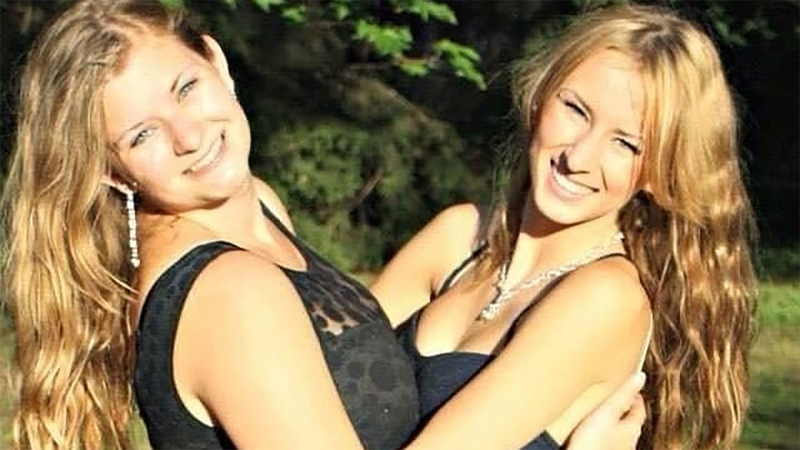 HOUSTON, Texas (KTRK) -- The younger sister of Alexis Sharkey told Eyewitness News she wants her sibling remembered as a businesswoman, not a social media sensation. Tobi Robinault spoke out about her family's devastating loss.

"Throw it away. She actually hated that word. She wasn't an 'influencer.' She was a businesswoman," said Robinault. "Honestly, I know it's the way she's being spoken about ... that she was an 'influencer,' but I feel like she would have honestly hated that title so much. She wasn't trying to influence anything. She was a smart, savvy, successful businesswoman. That's how I want everyone to remember her."

Alexis Sharkey moved to Houston with her husband earlier in 2020. Now, she's gone, and family and friends are looking for answers. This looks at what happened before her death.

Houston police haven't said foul play is suspected in the case. They've remained tight-lipped about the investigation, even directly telling those close to the case not to talk about it publicly. They said any developments in the case will be posted to their Twitter page.

We know police are awaiting autopsy results from the Harris County Medical Examiner's Officer. The ME told ABC13 there is no timeframe on when a manner of death may be ruled.

"It's a lot of different things. I'm still going through the denial. I know she's gone but it hasn't fully set in yet. A lot of anger that someone took her from us so soon. I have this terrible feeling that it was foul play," said Robinault early in the interview. "It hurts me so much. She was such a fun, happy person. Who had so much anger in them that they could do this to her?"

Robinault grew adamant in her discussion with ABC13. She firmly believes someone killed her sister. She and her family demand justice.

"Everybody wants answers. She was found naked, alone, and on the side of the road," said Robinault. "Fighting for justice is fighting for the parts that are unknown to become known. We can't get justice for foul play if we don't know if there was foul play or not. Until we know the cause of death ... all we can say is that we demand justice because there are just too many unknowns."

"She was so fantastic. She had a way of lighting up the room when she smiled and laughed. She had a way of making everyone feel included," said Robinault. "Oh my gosh. Oh my gosh. She was so smart. You could ask her a question about any one little minute thing that you may have a slight interest in. She would dive into doing research if she knew it would make you happy."

She said she visited Alexis and her husband Tom Sharkey out in west Texas earlier this year.

"I went down last spring and I spent a long weekend with them," said Robinault. "They seemed happy."