Grandma alarmed by intruder's response to breaking into her home 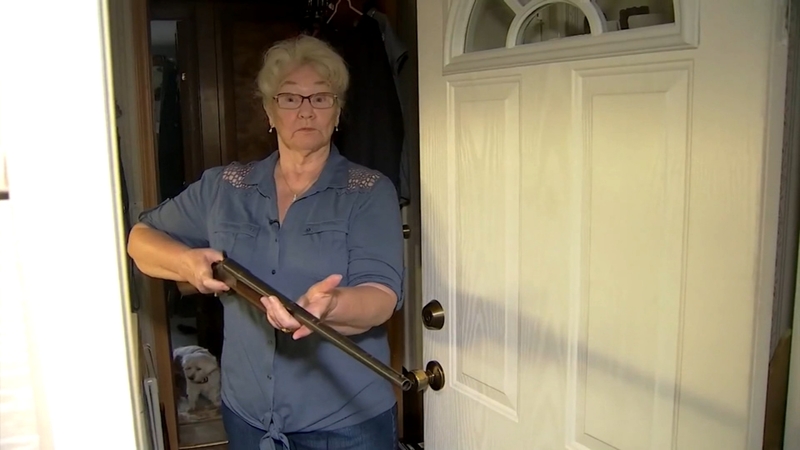 SPANAWAY, Washington -- A 78-year-old grandma made a home intruder think twice when she was not afraid to pull out her weapon to hold him at gunpoint.

Sandy told KIRO-TV she knew something was wrong when her dog "BooBoo" started barking nonstop one night. Next thing she knew, she was face-to-face with the suspect at her door.

"I opened my door and standing right two feet from me, was a man. We looked at each other for a few minutes and he turned and started to leave, and I said, 'Oh no you don't. You stay right there,' and I reached over and got my shotgun and I cocked it and I told him to stay right there because he was going to turn and walk away. (I) told him to go out, sit on the steps. I followed him out, and when he got to the bottom of the step I told him to sit down. I just stood there with the shotgun waiting for the police to come," she said.

Sandy said she wasn't going to let the suspect get away, as her neighbors have been plagued by suspects casing their homes. She said she has had enough.

"I was totally calm, really, and truly. I thought this is amazing! I said, 'You know, I've got grandchildren your age,'" she said.

Sandy added that she was alarmed with the suspect's answers when she asked him why he had broken in.

"He said, 'Well you know, I was really hoping to get laid.' That perked my ears up. That made me think, 'Oh my God,'" Sandy explained.

Deputies arrived at her home, arrested the suspect, and said it's thanks to her bold actions they caught him. But Sandy said she's just grateful no one was hurt.

"After he was so meek and mild and sat down like I told him to do. Empowering! I felt like at least I was in charge. I wasn't afraid," Sandy said.
Report a correction or typo
Related topics:
washingtonhome invasionintruderu.s. & worldguns
Copyright © 2022 KTRK-TV. All Rights Reserved.
TOP STORIES
Houston gets extra 'rose' after paying $240k to bring Bachelor to town
Driver in Highway 249 road rage incident speaks out
Something strange is happening with our universe: NASA
Rain chances continue into the work week
Texas woman sought in fatal shooting of pro cyclist: US Marshals
Man's body found 6 miles from separate shooting call in NW Houston
Deputy hit while working accident during Jeep weekend, sheriff says
Show More
Alcohol and storms contributed to deadly crash in Asiatown, HPD says
At least 12 displaced after SW Houston apartment fire, HFD says
78,000 pounds of infant formula arrives in US
Man shot on apartment balcony; same apartment shot up earlier: HPD
Houston launches guaranteed income pilot program
More TOP STORIES News