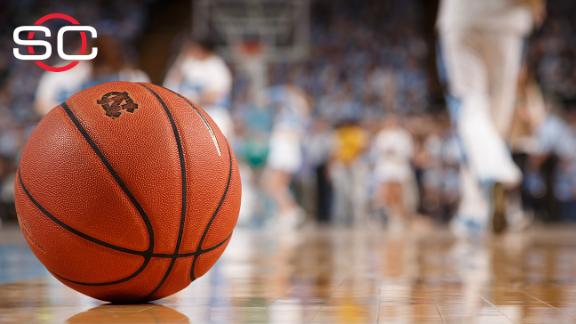 ESPN
By C.L. Brown
The University ofNorth Carolinaannounced Friday it has received a notice of allegations from the NCAA regarding there-opening of its academic fraud investigation.

"The notice is lengthy and must be prepared for public dissemination to ensure we protect privacy rights as required by federal and state law," the statement read.

UNC has 90 days to appeal the notice of allegations, after which they would await a hearing before the NCAA.

The case originally began in 2011, but the NCAA reopened its investigation in June of last year when several key figures who previously did not cooperate were willing to talk. The university also summoned Kenneth Wainstein to conduct an independent investigation, given the new information that was available.

Wainstein's report concluded the fraudulent classes covered an 18-year span and 47 percent of the classes were taken by athletes, including those in football, men's basketball and women's basketball.

Last Sunday evening, UNC men's basketball coach Roy Williams, speaking at his induction into the WNC Hall of Fame, told the Asheville Citizen Times it "would help if the NCAA would just tell us what the allegations are."

"That would help because it would give us the information," Wiliams said. "It's been a hard process, and I know there has been quite a lot of negative recruiting going on and other things that don't make you very happy."

Williams said he felt that the Tar Heels missed out on one of the nation's elite recruits due to the growing uncertainty about whether the NCAA would potentially put the school on probation. He acknowledged that there was impropriety, but pointed out that he felt it was greatly exaggerated.

"We made some mistakes at our university, mistakes we are not proud of. And yet it has been so sensationalized, just off the charts about what has happened," Williams told the newspaper.

"We're about the most investigated program in the history of college athletics. We had two internal investigations, former Governor (Jim) Martin did an investigation, then the Wainstein Report (from a) federal prosecutor, and now the NCAA. There's no words they haven't seen, I can tell you that."

The probe has centered on the formerly named African and Afro-American Studies (AFAM) department. The focus was courses which were often treated as independent studies that required no class time and one or two research papers.

Wainstein's report found the fraud ran from 1993 to 2011 and affected more than 3,100 students, roughly half of them athletes. The report outlined how academic counselors enrolled athletes in those classes and how poor oversight throughout the university allowed the fraud to run unchecked for so long.

The school also faces questions from its accreditation agency, while the fraud case has led to several lawsuits from ex-UNC athletes against the school or NCAA.

The NCAA's reopened probe grew out of a 2010 investigation into improper benefits and academic misconduct within the football program. The NCAA issued sanctions in that case in March 2012, including vacated wins, scholarship reductions and a one-year postseason ban as well as three years of probation.