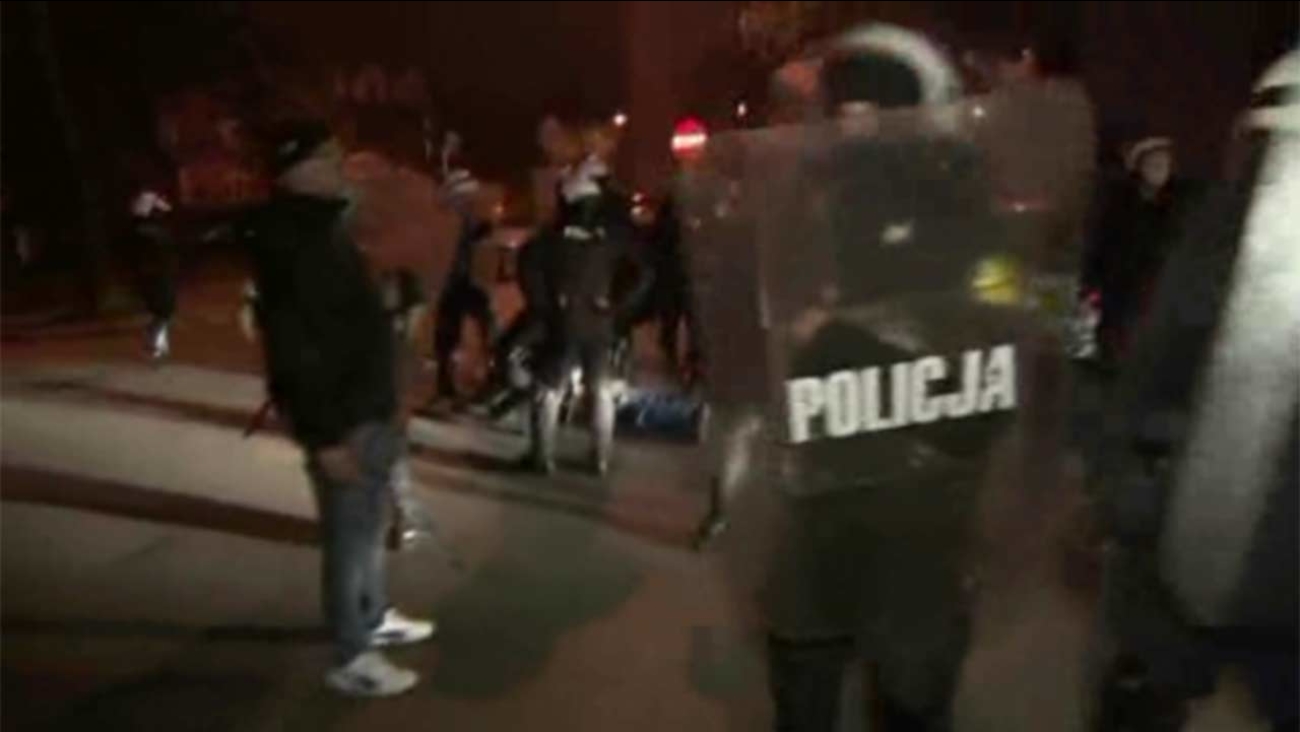 AP
WARSAW, Poland -- Thirty people were arrested and five police vans damaged during a second night of violence in Knurow, southern Poland, following the death of a soccer fan hit by a rubber bullet fired by police. 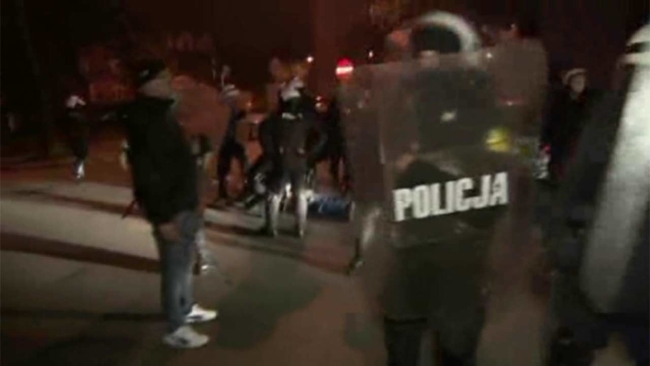