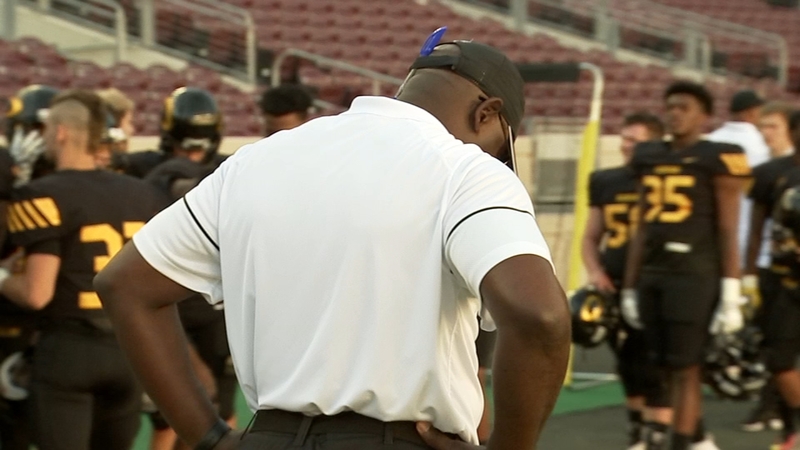 "They want answers." So do Coach Glenn's own biological children. After the death of George Floyd that was seen around the world, they asked "Why Dad?"

Coach Glenn is the leader his football players need. He's also the victim of racial bias from police.

Despite that, his message doesn't waiver. "We have to love one another." Coach Glenn encourages his players to listen to one another, respect one another and understand.

An All American player at Texas A&M and later a player and coach in the NFL, Glenn returned to the high school level to make a real difference in players' lives.

He's sure that his path led him to this moment, to help his players cope and forge a new path of understanding. He tells us the purpose of his football program is "to raise great young men."

WATCH: Glenn's powerful message to his players before practice on June 8