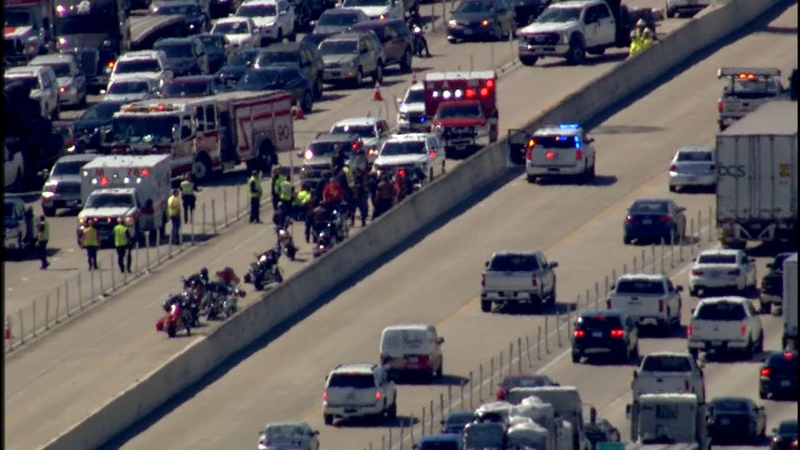 HOUSTON, Texas (KTRK) -- Life Flight was seen in the area Friday afternoon after a massive accident involving a motorcyclist on I-10 at Park Ten.

Early information indicates a motorcyclist appeared to lose control. Officials believe at the same time, another motorcyclist nearby may have suffered a medical emergency, collapsing off of their vehicle.

***Update***
I-10 Katy Fwy eastbound at Park Ten, major accident has the freeway is shut down. Find alternate routes and expect delays. #HouTraffic

All lanes of the freeway headed eastbound were initially shut down, causing major afternoon traffic delays.

They are slowly re-opening some lanes, allowing traffic to move through.