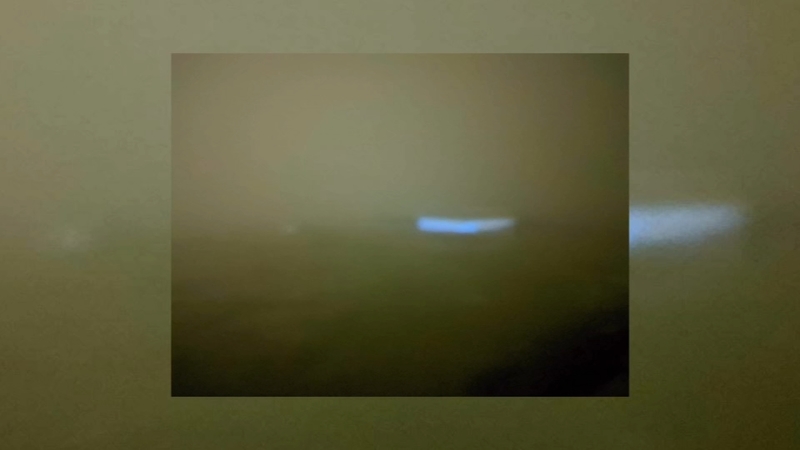 Alvin resident Leia Olinde captured the waves on a foggy Tuesday night as she and her husband visited the seawall.

Her husband noticed the waves were turning blue as they broke.

She raced back to her car to grab her camera. She said she has seen this once before in Bolivar about five years ago and it was very special to see this moment once again.

So what is causing these mystery blue waves?

ABC13 reached out to area Marine biologists who said this is most likely caused by blooms of bioluminescent plankton called Noctiluca.

Noctiluca is often referred to as "sea sparkle."

They also said these blooms typically happen in the springtime when there are lower temperatures.