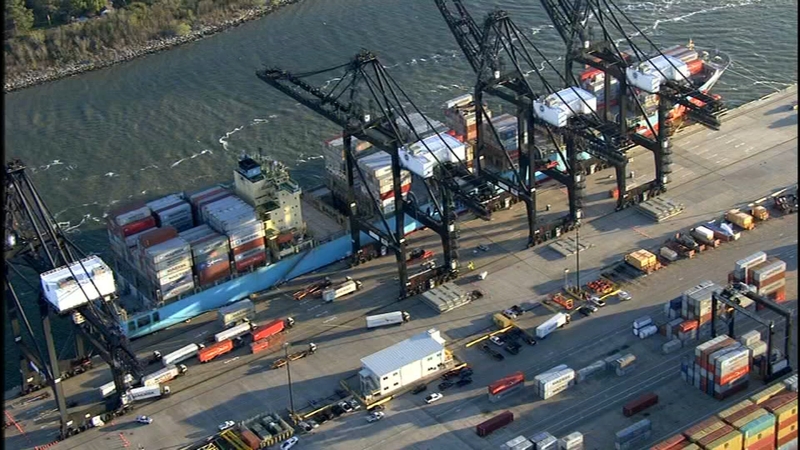 Man killed in crane accident at Port of Houston

PASADENA, Texas (KTRK) -- A worker was killed Friday morning while loading containers onto a ship at the Bayport Container Terminal.

The victim was operating a truck known as a "mule," which is a truck that containers are loaded onto from ships, according to Port of Houston Authority spokesperson Lisa Ashley.

The entire truck was lifted off the ground by a crane when the container on-board didn't detach, Ashley said.

The worker was somehow killed in the event. The Port of Houston Authority Police are investigating what went wrong.

Video from SkyEye13 showed the truck had extensive damage, broken out windshields, and debris scattered.

Ashley said other agencies are also expected to get involved.

The worker's identity has not yet been released.