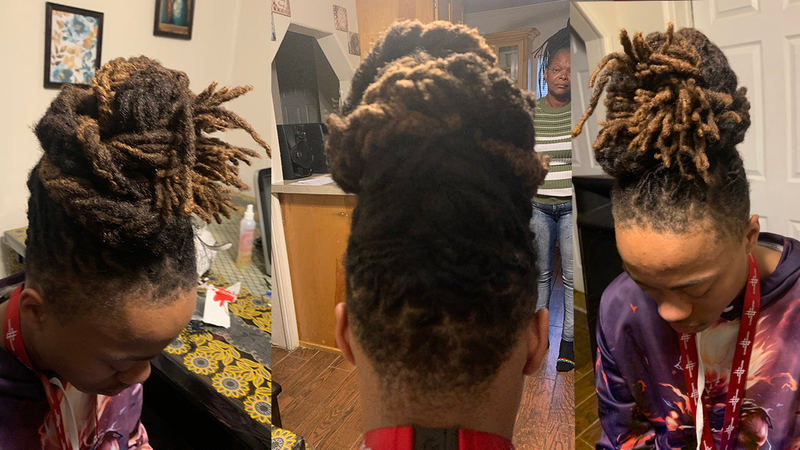 AUSTIN, Texas (KTRK) -- A Texas teenager who was told his dreadlocks violate his high school's dress code has inspired members of the Texas Legislative Black Caucus to introduce an act that bans discrimination against natural hairstyles.

Deandre Arnold, a senior at Barbers Hill High School in Mont Belvieu, has had dreadlocks for years and says it's part of his identity and culture.

Deandre's family is from Trinidad, and he said the men in his family often grow their dreadlocks to below their waist.

"The Texas Legislative Black Caucus supports DeAndre, and the other students across Texas, and will discuss plans to introduce and pass the CROWN Act during the next legislative session," read a statement from the office of Rep. Ron Reynolds.

The CROWN Act, which stands for "Create A Respectful and Open World for Natural Hair," is a law that prohibits discrimination based on hair texture and styles, commonly associated with race.

It was first introduced in California in January 2019 and first passed in New York six months later.

Barbers Hill Independent School District officials insist it's not about race and that it allows dreadlocks but has rules about length.

"There is no dress code policy that prohibits any cornrow or any other method of wearing of the hair," the district's superintendent, Greg Poole, said. "Our policy limits the length. It's been that way for 30 years."