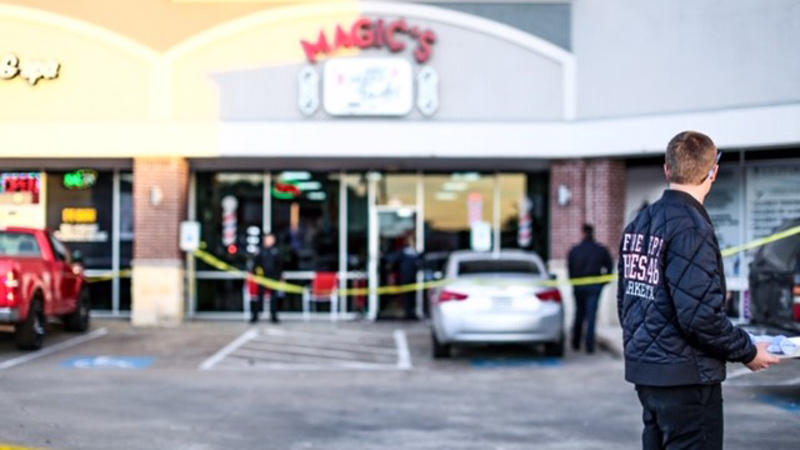 Shooting at barbershop sparked over haircut

KATY, Texas (KTRK) -- The Harris County Sheriff's Office is investigating a shooting that happened Saturday evening in the 23900 block of Franz Road in Katy.

Authorities say a barber appeared to have been shot at by a customer after an argument about his son's haircut.

The owner of Magic's Kutts and Fades barber shop, who did not want to be identified, says the barber was not shot over a bad haircut. The owner told ABC13 the dad never told the barber what hairstyle he wanted for his son.

He says the dad went home and decided he did not like that the haircut would only last two weeks and decided to bring his son back 20 minutes later.

The owner says he tried to offer the dad a free haircut, but he refused and paid a different barber to cut the boy's hair into a style that would last a bit longer.

Investigators say the dad paid for the second cut and then got into an argument with the first barber in the parking lot.

"The disturbing part of this is, we believe this 13-year-old was in the car when he (the father) shot our complainant," said Harris Co. detective Wallace Wyatt.

Deputies say the dad then pulled out a gun and allegedly shot the barber in the abdomen, leg and arm. He was transported to Memorial Hermann Hospital in stable condition.

According to deputies, they have identified the father and have tried to search for him, but have not been lucky. Authorities are now asking for him to come forward.
Report a correction or typo
Related topics:
katysuspect profileman shot
Copyright © 2021 KTRK-TV. All Rights Reserved.
More Videos
From CNN Newsource affiliates
TOP STORIES