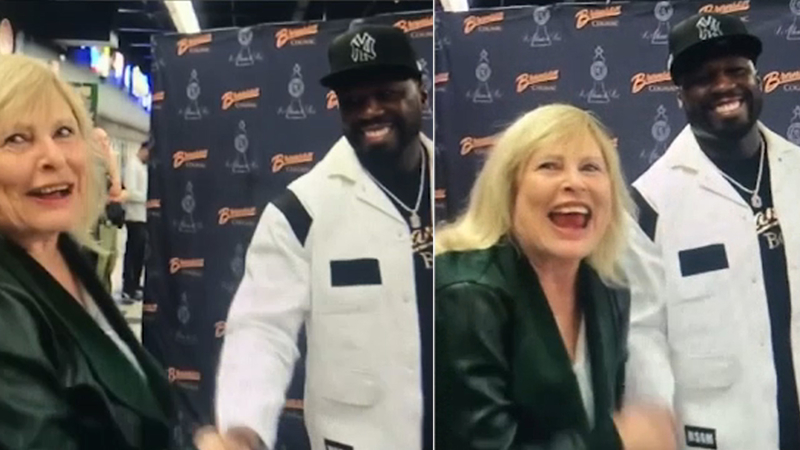 Rapper-turned-entrepreneur 50 Cent, whose real name is Curtis Jackson, will be spending the next few days in the Houston area, but not for a concert.

He'll be at area Spec's liquor stores for the release of his new luxury champagne Le Chemin du Roi and his Branson Cognac.

His first stop was at the Spec's on 3335 Highway 6 South on Thursday afternoon.

He posed for photos with fans, including superfan ABC13 reporter Deborah Wrigley.

She talked to him about being a business mogul since he's not only involved in music, but has a clothing line and television shows in his repertoire.

While he co-executive produced the Starz show "Power," he's set to produce the legal drama "For Life" for ABC.

He also shared some fun facts about who his famous friends are, which he revealed are Warren Buffett and Bette Midler.

In the meantime, if you want to meet 50 Cent, it's not too late.

He will stop at more locations over the next few days to sign bottles and meet fans.