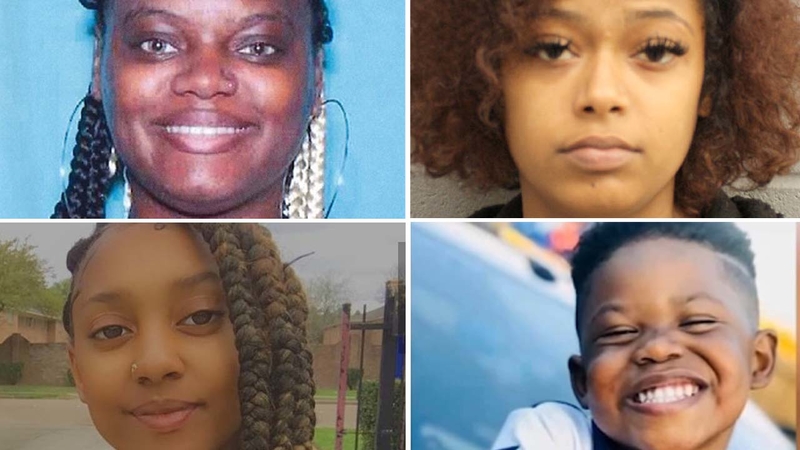 HOUSTON, Texas (KTRK) -- Houston police are searching for three persons of interest in the fatal shooting of a 5-year-old boy.

Investigators would like to speak with the women and emphasize they are not charged at this time.

Jordan Allen Jr. died a week after he was hit by a stray bullet while playing on his family's balcony, according to his family and the medical examiner.

Jordan was not the intended target, according to police.

It happened last Tuesday around 9 p.m. in the 8500 block of Richmond Avenue near Dunvale in southwest Houston.

The family was sitting on the porch on the second floor balcony.

"The happiest child in the world. Jordan.... he would bring joy to everybody," said the boy's dad, Jordan Allen Sr.

Monday morning would be the last time Allen would see his son. The child was taken off life support at Texas Children's Hospital about a week after he was shot in the head.

Police said the family was enjoying their night when they heard five to six gunshots in the parking lot.

The next thing Allen heard was his son pleading for help.

"Everybody ran in the house and the kids' room in the house, so I ran to the porch, and then I see my son on the ground holding his head asking for my help," Allen said.

After the shooting, Jordan's dad took him and flagged down an ambulance.

The shooter sped off.

Allen said he is now trying to figure out how he'll lay his son to rest.

Police are asking anyone with information to call Crime Stoppers at 713-222-8477.