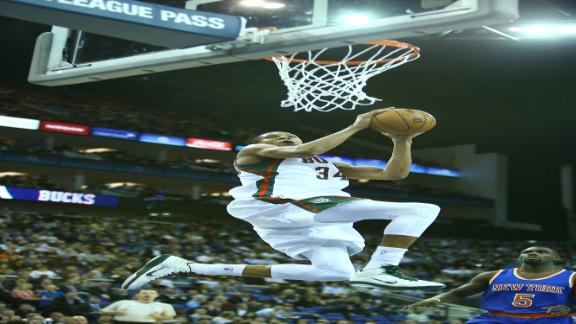 Plumlee tweeted he was "thrilled" to be taking part in the contest:

The dunk contest will be Feb. 14 at Barclays Center, part of NBA All-Star Weekend in New York. The All-Star Game will be Feb. 15 at Madison Square Garden.

This year's dunk contest will feature two rounds and no time limits. Each player will get two dunks in the first round, with the two players with the highest combined scores advancing to the final round. The two finalists also will get two dunks apiece in the head-to-head round.

There is a three-attempt maximum for each dunk. The event will feature five judges, who will score each dunk on a scale of 6 to 10, for a low score of 30 and a high score of 50.

The 2014 dunk contest champion was the Washington Wizards' John Wall.