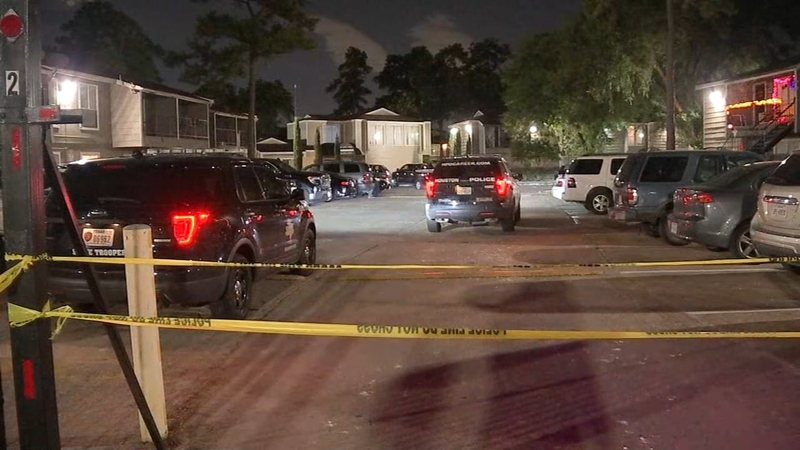 HOUSTON, Texas (KTRK) -- A 15-year-old recovering from a gunshot wound is the fourth shooting incident targeting teens in Houston within the past six days.

Police say the teen was shot in the leg around 10 p.m. Tuesday at an apartment complex in northwest Houston.

According to authorities, they are not sure if the teen was robbed or if there was a fight in the parking lot but the teen is expected to survive.

Last Thursday, a 13-year-old girl was shot in the shoulder at an apartment complex on Glenmont. Police say that the victim had run away from home and was reported missing.

On Saturday, two teenage girls were hit by gunfire inside their apartment on Selinsky. According to police, the shooter, who was outside the building, was involved in a fight with someone else. The girls are both expected to recover.
Report a correction or typo
Related topics:
houstonshootingteen shotinvestigation
Copyright © 2021 KTRK-TV. All Rights Reserved.
TOP STORIES
Judge blocks Abbott's order to pull over vehicles with migrants
Migrant advocacy groups say traffic stop order is 'detrimental'
Conroe PD sued over arrest that 'destroyed' life of former teacher
LyondellBasell survivor still in hospital 'covered in burns'
Here's when some of you could get a humidity break
Doctors see spike in children hospitalized due to COVID and RSV
Woman sentenced after arranging kidnapping of cousin killed by FBI
Show More
CDC issues new eviction ban for most of US through Oct. 3
2 more Houston lawmakers arrested in DC during voting rights protest
Bolivar Peninsula fisherman reels in 110-inch shark
Big 12 reportedly looking at Pac-12 partnership
Business is booming in Houston's East End and here's why
More TOP STORIES News