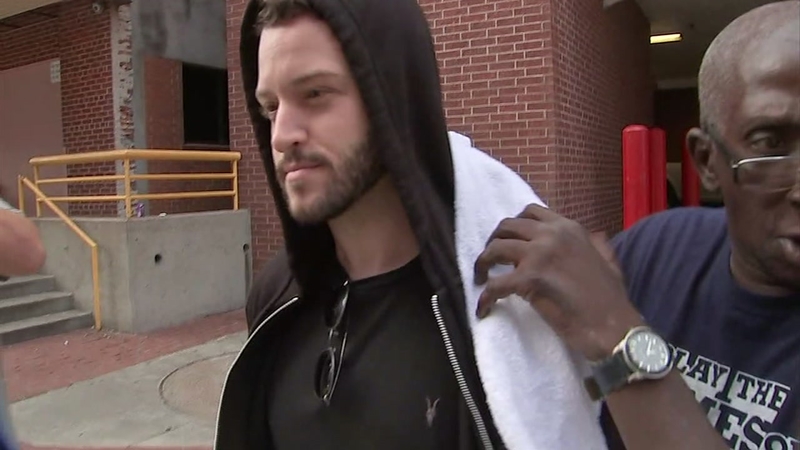 He paid the full amount of the surety bond, which requires cash or collateral, and didn't require the services of a bail bonding company.

Wilson, who is fighting attempts to curb the distribution of his gun design plans on the internet, is charged with a count of sexual assault of a minor in Travis County. He's accused of paying a 16-year-old girl for sex, giving her $500 after the alleged encounter, and afterwards, dropping her off at a fast-food restaurant.

Wilson flew to Taiwan before he could be arrested in Travis County. He was deported from overseas late last week and accompanied back to Texas by U.S.Marshals. During a so-called "perp" walk to his flight in Taiwan, Wilson wore sunglasses and a surgical mask over his mouth.

On Sunday, after he stepped out of the Inmate Processing Center, a cab driver rushed to his side and draped a white towel over Wilson's face.

"He don't wanna talk," said E.T. Butler. He then said to Wilson, "you don't have to talk," while attempting to block cameras. Wilson showed no indications of wanting to say anything to reporters.

Butler was also seen receiving cash from the person waiting to pick up Wilson.

"She gave me a tip," he said later. "I told her to unlock the (passenger) door, and when he comes out, I'm gonna take the towel and cover his face. I will never throw this towel away."

Butler said he has offered the service to other "high-profile clients."

Wilson did say "thank you" before he closed the door and started on his trip home to Austin, where he will have his first court appearance on the sexual assault charge.

"We are glad that Cody is back in Texas again where we can work with him on his case. That's our focus right now, representing our client and preparing his defense."