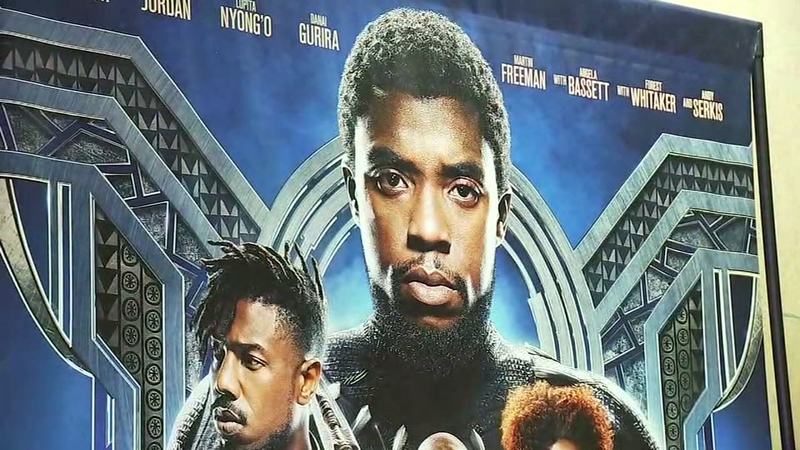 HOUSTON, Texas (KTRK) -- As reviews continue to pour in for "Black Panther," children across Houston got a chance to see the historic movie hours before its release.

"Black Panther" is about the mythical and highly advanced African nation of Wakanda. The movie stars a predominately African-American cast, including Michael B. Jordan, Chadwick Boseman, Lupita Nyong'o and Forest Whitaker.

Various groups across Houston, including the Boys and Girls Club of Greater Houston, treated kids to a special pre-screening of the film.

For some of the children, the movie represents a lot more.

"I'm so glad the black community is finally getting representation on the big screen," a moviegoer said. "It hardly ever happens, I'm glad to be finally able to get it."

A number of groups hosted a pre-screening of "Black Panther" in Houston.

So, what did kids think about the film?

"Amazing," a child said.
"I really liked it. I liked every little scene about it. It gave me chills," Paris Young said.

The film also has a heavy emphasis on fashion from Africa and is giving people of color inspiration and hope.

"When we talk about black boys, it's at-risk, it's under-employed, it's under-resourced. It's always under. We talk about them from a negative aspect and they have so many assets that people tend to overlook for whatever reason," Shannette Prince, founder of Africa On My Back, told ABC13.

This kind of reaction is something the actors and directors hoped for.

"We all knew from the comic book and/or the script that there were elements here that you'd never seen before in a movie like this - in a Marvel movie, in an action movie, in a blockbuster," Boseman told the Associated Press. "So I felt like we knew there was an opportunity here if we put the work in and paid attention to detail."

"Black Panther" opens in theaters Thursday night and is set to have an historic opening weekend.