Houston Livestock Show and Rodeo officials just announced these acts for the 2018 rodeo. Tickets will go on sale on January 11 at 10 a.m. 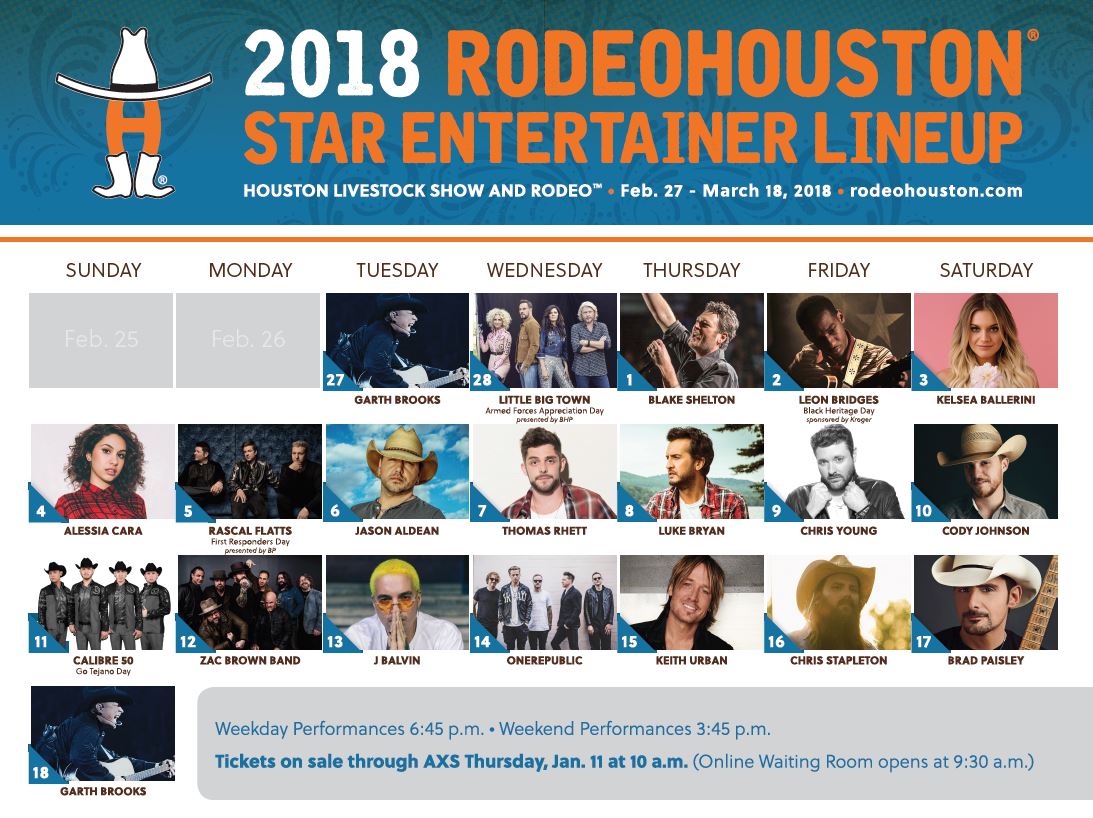 If you want the best chance at purchasing tickets visit RodeoHouston the online waiting room will open at 9:30 a.m. Customers who enter the waiting room between 9:30 a.m. and 9:59 a.m. are randomly selected to purchase their tickets first. Those entering after 10 a.m. are placed behind those already in the waiting room.

Tickets are expected to go fast for big performers like Luke Bryan, Blake Shelton and OneRepublic.

Individual tickets will range from $18 to $100 with a six ticket purchase limit.

The artists will be performing on a whole new star-shaped stage. It will have five points that each measure 36 feet and are raised to create an elevated performance.

Combined, those artists have 33 Grammy awards and 34 American Music Awards. 3 foods that will be debuting at this year's rodeo