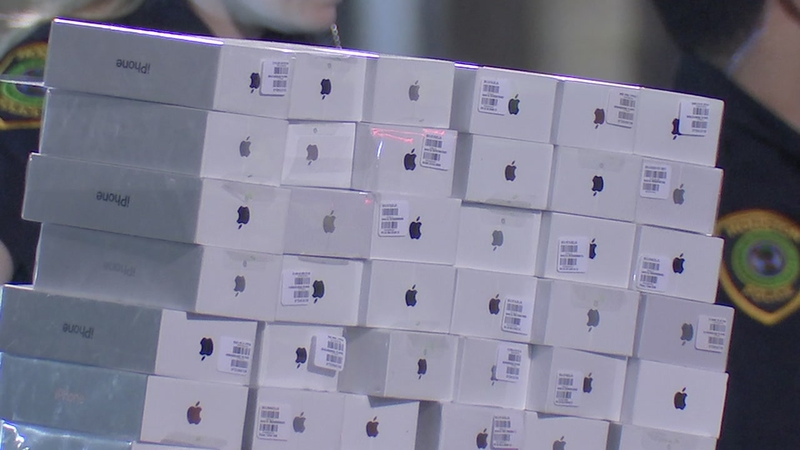 It happened at the store off the North Freeway and East Crosstimbers around midnight.

Police said they cut holes through the drywall of a neighboring vacant business to get into the Verizon store and stole at least 50 iPhones.

Phones on phones on phones. STOLEN. From a Verizon in N Hou. Police say the burglars cut a hole in the vacant building next door and that’s how they got in. #abc13 pic.twitter.com/hFXAmyzs4m

When officers arrived, they saw the men leaving in a truck.

They went after them in a short chase, and the men were eventually arrested. They are facing burglary of a building charges.