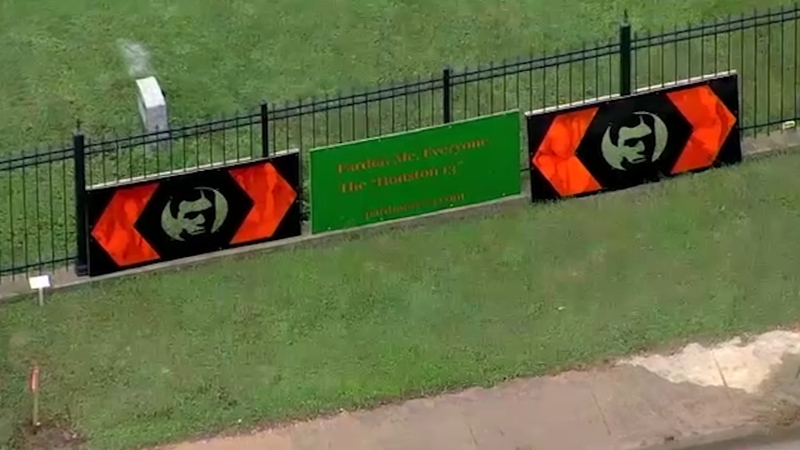 A 112-foot art installation along College Memorial Park Cemetery's fence went up in mid-July to honor the Black soldiers of the 24th Infantry, known as the "Houston 13." The soldiers were hanged after leading the Camp Logan Mutiny of 1917 in response to the discrimination they faced within the army base as well as from members of the Houston Police Department.

The project, titled "Pardon Me 13.," aims to educate residents about the soldiers' story and to raise awareness of the soldiers' descendants' petition to have them posthumously pardoned. It was commissioned by Art League Houston and the City of Houston's "Insta11ations" grant program, which was intended to see the commission of one piece of public art in each of the city's 11 council districts.