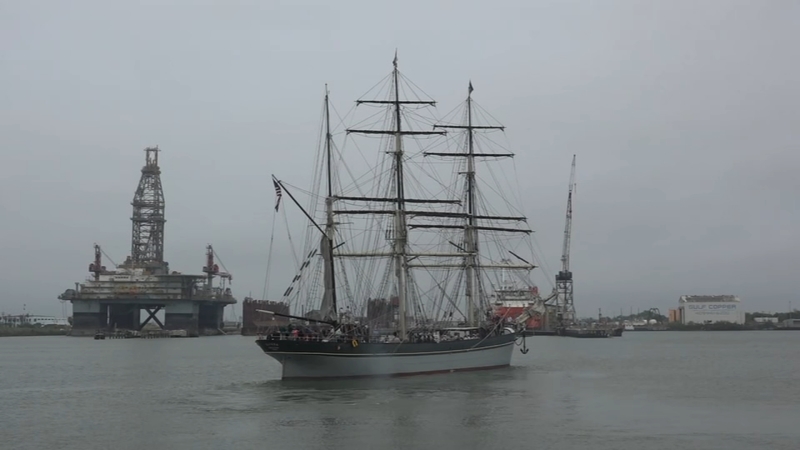 GALVESTON, Texas (KTRK) -- A 58-year-old Clear Lake-area woman died Saturday after falling from one of the masts of the historic tall ship ELISSA in Galveston, according to authorities.

The woman, whose name has not yet been released, was a volunteer on the ship at Pier 21, said Port of Galveston police chief Kenneth Brown.

Brown said the woman was wearing a safety harness when she fell about 35 feet, calling the death a horrible accident.

The fatal incident happened just after noon as volunteers worked on the ship at the dock.

Will Wright, the public relations officer for the Galveston Historical Foundation, which manages the ship, confirmed the volunteer died but said the foundation would not make any more comments until her family was notified.

Brown said his staff was attempting to reach her family, but as of 6 p.m. Saturday it was unconfirmed if anyone had been reached.

SEE RELATED: Travel back in time on the 1877 Tall Ship ELISSA

The 1877 Tall Ship ELISSA is one of three ships of her kind in the world to still actively sail. More than 40,000 people visit the ship and museum each year.

The foundation purchased the ship from a Greek scrapyard in the late 1970s. By 1982, staff and volunteers completed restoration and transformed the vessel into a floating museum that would actively sail.

A host of volunteers from across the Gulf Coast help maintain the ship and keep her seaworthy.