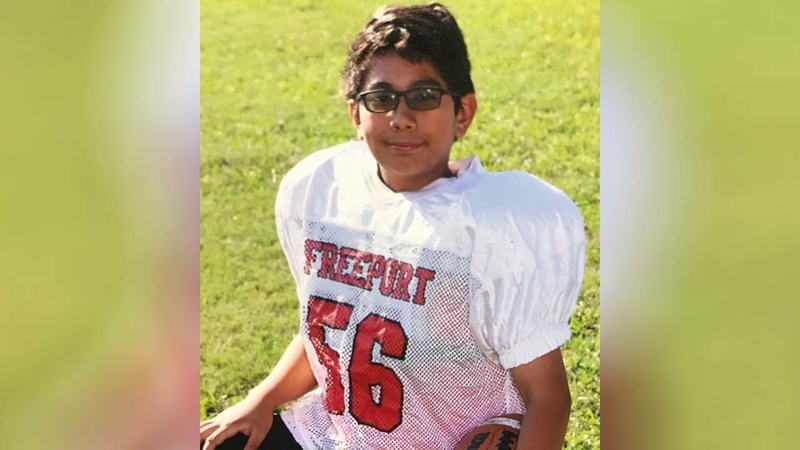 13-year-old boy shot to death at park in Freeport

FREEPORT, Texas (KTRK) -- A 13-year-old boy is dead after being shot at a park Wednesday evening, said Freeport police.

Police initially received a call about possible fireworks or gunfire in the 1200 block of West 8th Street at Peppermint Park. A second call from the same person said that there was an unconscious wounded teenager, identified as Juan Borja, lying face down in the grass.

Juan appeared to have been shot multiple times, according to a Freeport police statement.

Emergency medical personnel performed CPR on Juan on the way to Brazosport Medical Regional Hospital, where the boy later died.

No one is in custody at this time but the police are interviewing several witnesses.

Freeport investigators are following up several leads with the assistance of the Brazoria County Sheriff's Office and District Attorney's Office.