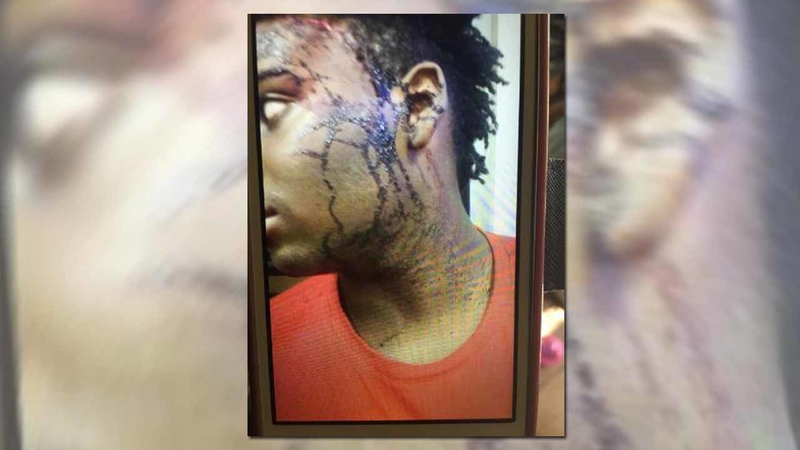 JACINTO CITY, TX (KTRK) -- A Jacinto City teenager is claiming brutality by police after authorities were called to a fight at a local convenience store.

Backed by protesters, Lee Hagan claims the injuries he suffered were from being shoved into a window by a police officer. Hagan is a student at Galena Park High School.

"I backed away from the dude after the police told me to get up," Hagan said. "He grabbed me and threw me through the window for no reason."

Hagan says he didn't resist or touch the police officer who responded to the scene.
EMBED More News Videos

"He threw me for no reason, like I was an animal," Hagan added.

But Jacinto City Police Chief Joe Ayala is refuting the claims of police brutality. He says from the surveillance video at the store, his officer did nothing wrong in his eyes.