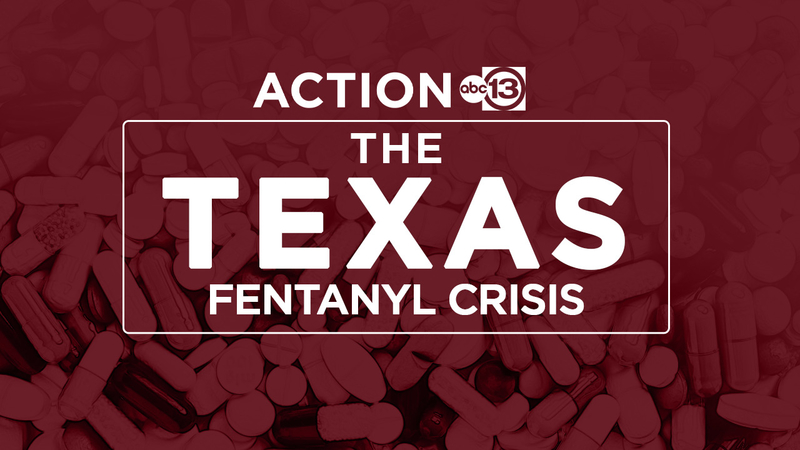 Deaths related to the extremely dangerous opioid fentanyl are on the rise in the U.S., with the CDC reporting more than 93,000 people have died from the drug in just the last year.

Police said most people who take fentanyl didn't even know they were getting it.

Officials tell Eyewitness News there are a lot of reasons we're seeing more opioid deaths, including pandemic-related stressors and problems accessing care, but most of all, it's fentanyl.

The town hall also featured warnings from family members who have seen the destruction left behind by the drug, including Kristi Hancock, whose son Kole died from fentanyl last August.

"He started experimenting with drugs and it led to an addiction, and it's an illness," Hancock said. "The stigma on addiction, it breaks our hearts, because that was our son. He was a human being, just like you and I."

Anita Kearns told Eyewitness News after suffering an ice hockey injury, her 22-year-old son, Ross John, became addicted to OxyContin pills. But after a stint in rehab, Ross John began seeking out something stronger for his pain.

"All it took was a prescription for an injury to end this way. Fentanyl, for sure, does not discriminate," sister Katie King said. "It is extremely deadly."

WATCH: After losing their son to a fentanyl overdose, one Houston family is trying to do all they can to keep other families from suffering the same tragic loss. They shared their story with ABC13 in the video below.
EMBED More News Videos

A Houston family is remembering their son who died of fentanyl: 'It's killing young people.'

During the informative and at times heartbreaking town hall, we received answers to some of your top questions about fentanyl. Here is what our experts told us:

What is fentanyl? What forms does it take?

Fentanyl is a synthetic opioid that is 80 to 100 times stronger than morphine, according to the DEA.

It can be added to heroin to make it stronger, and some people abuse it that way.

But, as we learned Thursday from Lt. Steve Casko with the Houston Police narcotics division, people commonly believe they're purchasing heroin or another drug, but they're actually buying fentanyl.

How did the fentanyl situation get this bad in Texas?

Dr. Marcia Ory, who serves as chair of the Opioid Task Force at Texas A&M Health Science Center, said Thursday that the opioid addiction pathways have changed over the years.

Initially, people became hooked through prescription drugs, and when they weren't enough, they would get into street drugs laced with fentanyl.

"People are doing combinations of drugs, but when they get laced with fentanyl, as we're heard, it's very deadly," Ory said.

Who is dying from fentanyl in Texas?

"What we're seeing is that it is impacting people of all ages, it's impacting people of all races and ethnicities," warns Dr. Jasmine Drake, with the Center for Justice Research at Texas Southern University. "It's in your suburbs, it's in your rural areas and farming communities, and it's also growing in your urban cities, and so that's quite alarming when we think about Houston being an urban setting. We're actually seeing those numbers skyrocket."

Part of the issue stems from socioeconomics playing a role in the spread of fentanyl throughout the south, Drake said.

But researchers also know the fentanyl issue has been growing in Texas long before many realized.

"Certainly there's more drugs out there now and deadly ones, but Texas does not have good reporting, so we've never been like Ohio or Kentucky," Dr. Ory adds. "People in Texas thought we didn't have a drug problem, but we did."

Should everyone keep Naloxone or Narcan with them?

Lt. Casko said in Texas, anyone can buy opioid reversal agents like Narcan at their neighborhood pharmacy. In some cases, people could get a referral from their doctor, and some insurance policies will cover the purchase.

Since 2018, Houston police have been carrying Narcan and officers have deployed this life-saving measure 160 times, including 60 times in 2020.

She said the task force is focusing these days on training school nurses on how to use Narcan, after overdoses have been reported in junior high and high school-aged students.

"Everyone should have a kit and know how to use it," Ory said.