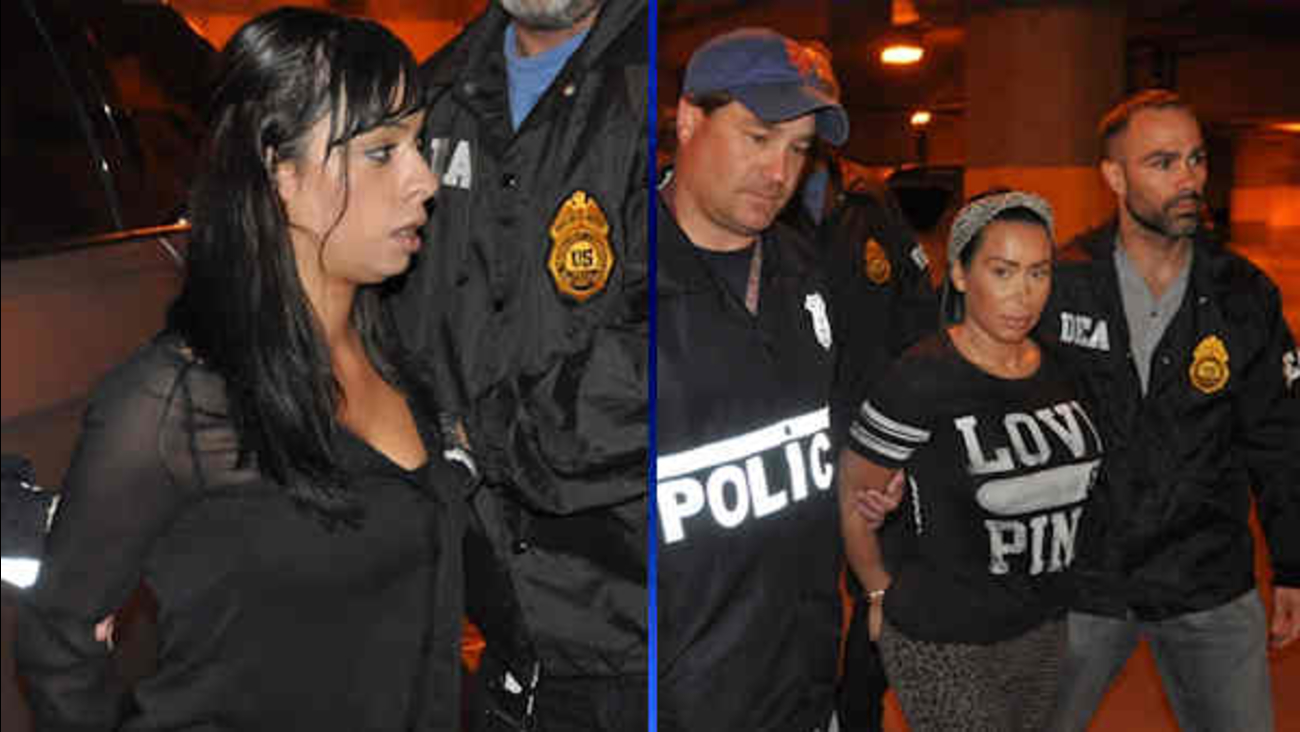 NEW YORK -- It's a tawdry tale of New York City strippers on the prowl for vulnerable men with money, drinks spiked with illegal synthetic drugs and runaway credit card charges at topless clubs.

Some of the men say they have little or no memory of any of it. But investigators filled in the blanks for them on Wednesday by announcing the arrests of four women - all described as professional strippers - and a club manager on charges including grand larceny, assault and forgery.

The four were accused of teaming up to rip off a combined $200,000 from a New Jersey doctor, a banker, a hedge fund executive and a real estate attorney in a credit card scam during the last four months of 2013.

None of the victims was named in court papers. But a lawyer for Dr. Zyad Younan, a cardiologist at Robert Wood Johnson University Hospital, identified his client as one of them.

One of the women, Karina Pascucci, and the manager, Carmine Vitolo, were expected to appear in state court in Manhattan on Wednesday. The other three defendants, including suspected ringleader Samantha Barbash, were arraigned on Tuesday.

Barbash's attorney, Stephen Murphy, said Wednesday that his client denies the charges. Pascucci's lawyer, Pattrick Parrotta, said she also denied any wrongdoing. He added that his client is a college student with no criminal record who worked as a waitress at Scores in Manhattan but never stripped there.

There was no immediate response to phone messages left with an attorney for Vitolo.

According to authorities, the scheme began with the women going on "fishing" expeditions at bars in midtown Manhattan and on Long Island to lure in victims. On follow-up dates, they secretly dosed the victim's drinks with the stimulant methylone, commonly known as "molly," or the tranquilizer ketamine.

The dazed and confused victims were driven to Scores and the RoadHouse in Queens, where their credit cards were swiped and unauthorized charges recorded, some as high as $50,000. The clubs paid the women a fee, but the establishments were not facing criminal charges, authorities said.

The men reported waking up in their cars or in hotel rooms, wondering how they got there. Those who tried to dispute the strip club bills received texts from the strippers threatening to go public with their transgressions, authorities said.

"The defendants were banking on the victims being too afraid to contact the police, but as the indictment and arrests show, they made a serious miscalculation," Special Narcotics Prosecutor Bridget G. Brennan said.

Last month, Scores sued Younan, saying he owed the club $135,303 for unpaid services. According to the lawsuit, the doctor disputed the charges by saying "he was drugged by plaintiff's employees and thus did not authorize the charges" - a claim the club says is contradicted by security video showing him freely showing up there on four separate occasions.

The arrests exposed how "my client was preyed upon by this ring and not responsible for charges to his credit card," Younan's attorney, Michael Weinstein, said Wednesday.

There was no immediate response to phone messages left Wednesday at Scores and the RoadHouse.

Scams targeting clients of strippers and bar girls have been reported in New York and elsewhere over the years. Here is a look at some cases: