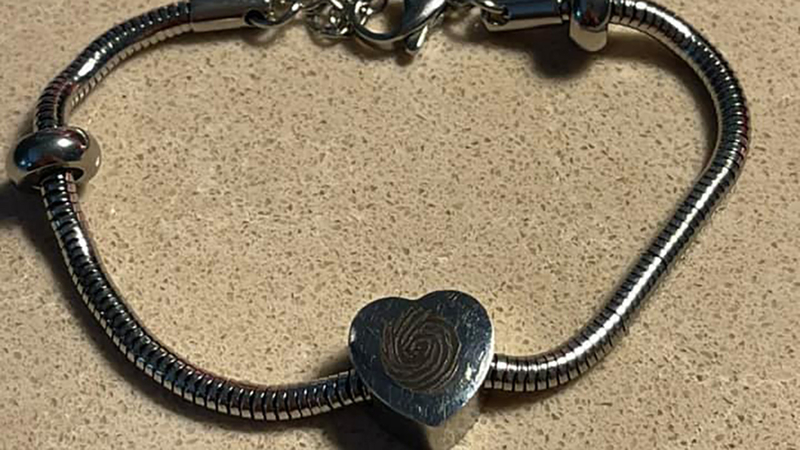 HOUSTON, Texas (KTRK) -- An Arizona traveler on a mission to return a unique item she found while visiting Houston has found it's rightful owner thanks to the power of social media.

Desiree Encinas traveled from Phoenix, Arizona to Houston to visit her sisters. While at the airport, she said she was in a restroom when she stumbled upon a bracelet with a thumbprint, and a deal that may have ashes in it.

When she found it, Encinas said she knew she had to find the owner.

"I knew it would be important to someone," Encinas said in an interview with ABC13.

Shara Fisher, the rightful owner of the bracelet, said a whole day went by before she realized she had lost her bracelet.

Encinas told ABC13 that it was late when she found the bracelet and the lost-and-found at the airport was closed. She couldn't leave it there so, she decided to turn to social media in hopes that the owner will claim something so dear to them.

The bracelet was found on Jan. 28, and Encinas made the post the following day. She said her post gained traction fast and was shared by many people from all over the world.

Encinas said she wasn't sure if the owner of the bracelet lived in Houston, so posting on Facebook was the best thing to do.

"I figured, with the power of Facebook, as well that we can share it all over the world and see if we can get it back to its owner. I'm sure it means a lot to them," Encinas said.

WATCH: "I'm sure it means a lot to them," said Desiree Encinas
EMBED More News Videos

"I'm sure it means a lot to them." Do you recognize this bracelet? A traveler stumbled upon it while visiting Houston. Now, she's on a mission to find its owner.

Fisher said she and her daughter, Amber Crabtree, talk on the phone every day. It was in the middle of one of their phone calls that Crabtree was scrolling on Facebook and shouted, "They found your bracelet!"

Fisher said she was driving when her daughter told her the good news.

"I was so emotional, I had to pull over on the side of the interstate because I was just crying terribly," she said.

Crabtree, who lives in the Houston area, sent Encinas a message on Facebook and they connected.

Fisher said she and her mother were very close before she passed away last Christmas Eve. The bracelet holds her mom's ashes and has her fingerprints engraved. 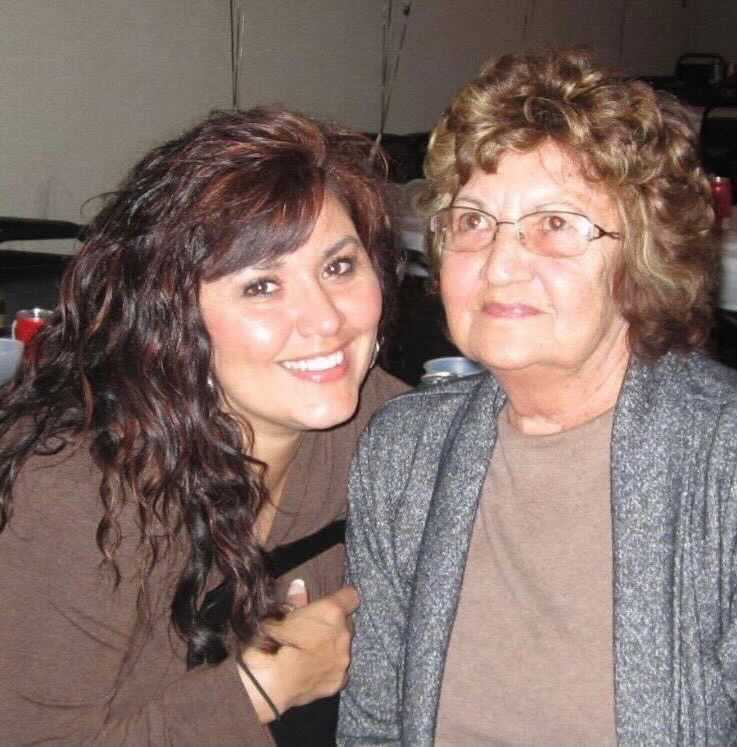 She now has plans to fly to Arizona next week to pick up the bracelet and hopefully scatter her mother's ashes in Sedona.
Report a correction or typo
Related topics:
societyhoustontravelfacebookacts of kindnesslost and foundu.s. & worldgood newsjewelryfeel good
Copyright © 2021 KTRK-TV. All Rights Reserved.
More Videos
From CNN Newsource affiliates
TOP STORIES

Social media threats against Conroe ISD school cause frenzy online
Warm temps and a chance for April showers this week
Suspect's car flips upside down in US-59 police chase crash
Meet Houston Livestock Show and Rodeo's 2021 art show winners
AJ Hinch returns to Houston after being fired from the Astros
Show More
Cypress family shares connection with son after death on show
Details show similarities in lawsuits against Deshaun Watson
Terriers scare bear at Pasadena home
Our America: Climate of Hope
Do you like a good deal? 5 things you should buy this month
More TOP STORIES News