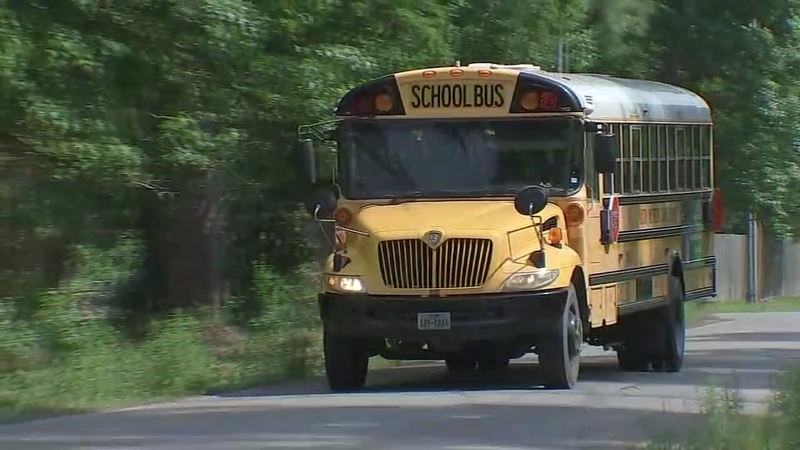 HOUSTON, Texas (KTRK) -- Houston police say there is no evidence to support the claims made by a teenager that white supremacists abducted him, injured him and threatened him.

We first brought you this story last month when 13-year-old Zavion Parker claimed he was grabbed by an adult and four young men after stepping off his school bus.

Zavion alleges he was robbed and beaten, all because of his race. He also said he was held at a property at gunpoint until he was able to escape.

"The reason why they got him was because they said he was black. 'You deserve to die.' Exactly his words," Lee told ABC13 in May. "Saying the dad had, like, a white muscle shirt on, and you could see it, was right here big as day. 'I hate black people.'"

But after a thorough investigation, the Houston Police Department now says the events as described did not occur, that the property Parker described had nothing to do with any crime.

Investigators have met with both the child's mother and community activists. They told them their findings.

We reached Lee on the phone on Monday, but she did not want to comment.

HPD says they will not be filing charges against anyone involved in what was essentially a false report.

On Eyewitness News at 6 p.m., you'll hear from a longtime resident of the street where Parker said he was abducted and why he never believed the story.

We want to update the community on a case that has received widespread attention in the news media and on social media. On May 14, a 13-year-old African American boy reported that he had been abducted in northeast Houston by white supremacists. 1/5 #hounews

HPD has thoroughly investigated this case and evidence obtained shows the incident, as described, did not occur. We met with the family and community leaders and showed them why we believe this to be the case. 2/5

For the community at large, there is absolutely no reason to believe there is a
group of white supremacists abducting children in the area. 3/5

There are no charges in this incident, nor are any expected at this time.We thank everyone for their continuing interest in this case and always encourage the public to call the police whenever they believe a crime may have been committed. 5/5